by Admin
in National, Opinion
0 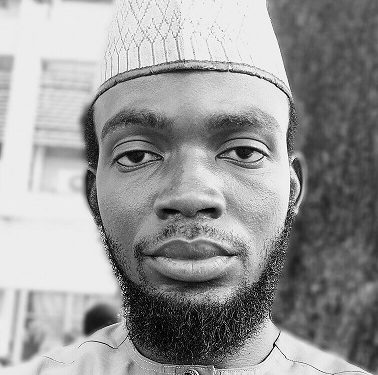 January 15 marks 56 years since the gruesome murder of Prime Minister Sir Abubakar Tafawa Balewa and Sir Ahmadu Bello, the Sardauna of Sokoto and Premier of Northern Nigeria. To borrow a few words from Shakespeare, both were like Colossus under whose giant feet the North strode.

The description of that Saturday’s night events still haunts many of us here in the North. Though we sincerely believe that Allah must have predestined that these servants of His were not going to exceed that day on earth, and they would die from the bullets of Igbo-led soldiers. It is still a tragedy we will never forget.

On Tuesday, January 11, Daily Trust published an opinion piece written by my excellent friend Sa’adatu Aliyu titled “Igbos too deserve Nigeria’s presidency”. When I saw the title, at first, I thought it must have been written by an Igbo ethnic nationalist from South-Eastern Nigeria, for she is expressing an opinion that is utterly alien to Northern Nigeria’s political thought and discourse. One should expect this line of thinking to come from the Igbo because the Igbo elite has popularized this illusory notion of exclusion from Nigeria’s corridors of power, especially Aso Rock, as one of the major precursors for secessionist agitation in today’s Nigeria.

By the way, this is the ethnic group that produced Nigeria’s first civilian president, Nnamdi Azikiwe, in the 1960s. Then, again on the return of democracy in 1979, Chief Alex Ekwueme emerged as Nigeria’s Vice-President.

In 2019, Atiku Abubakar had Peter Obi, a former governor of an Igbo state, as a running-mate. Unfortunately, it was a wrong calculation, and we saw how it ended. One of Obi’s major sins that stained Atiku’s ticket is that as a governor in Anambra state, he reportedly came up with policies that frustrated Northern traders and artisans in his state. This sin is an expression of the general attitude towards the Northerner in the South-East region – where the Northerner is perceived with disdain and attacked in the event of any slight provocation.

Again we cannot forget Sardauna’s warning about the Igbo tendencies and quest for dominance in every little sphere of endeavour. This warning and the pain of Sardauna’s murder is still with many of us.

But it is important to understand that even without this fear of domination, the Igbo vote on its own is inconsequential in the making of a president in a democratic Nigeria. So even without January 15, which now resembles the Roman Ides of March, when power mongers assassinated Julius Caesar, the Igbo will not make it to the president.

However, suppose we have an Igbo man in the line of succession within the political equation. In that case, a natural tragedy as it happened to Umaru Musa Yar’adua may undeservedly promote an Igbo man to occupy the exalted seat of the president. And that will be a pure work of Providence that the North will pray for God to forbid.

In the end, I like to re-emphasize, as has been emphasized by many Northern political elites, we are in a democracy. An Igbo man is free to purchase a ticket on any political party’s platform to run for any political office, including the president. If he can generate the requisite number of votes to win the election, who will stand in his way?

Let it be known very well that the presidency of this country is not a baton in a relay race that would just be handed over to the next athlete standing. No, it is a tug of war with competing parties pulling against each other on opposing sides. So, no one should come here again with that sense of entitlement declaring that the Igbos deserve Nigeria’s presidency too. Instead, they should be advised to jump into the arena and fight for the seat with the full knowledge that the North’s deciding population will not clap for them. We study and honour history, its figures, and defining events in the North.

Now, on January 15, and every other day, let’s not forget to pray for Allah’s mercy and blessing upon the souls of Sirs Abubakar Tafawa Balewa and Ahmadu Bello, and all other departed heroes of ours who had the progress and development of our region and people at the centre of their hearts.