by Admin
in Opinion, Sports
9 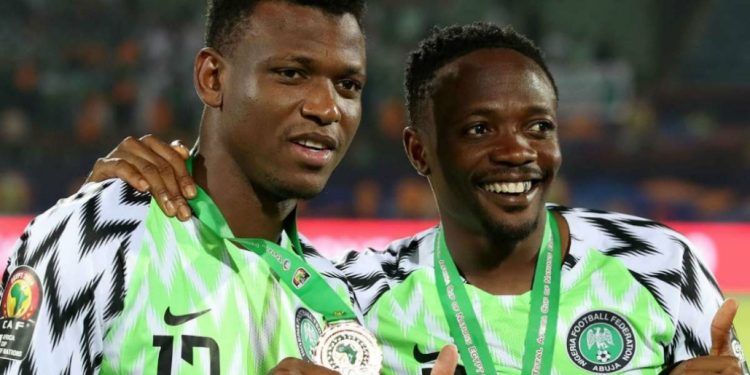 In the not too distant past, there was a widespread belief that footballers of northern Nigerian (read: Hausa-Muslims) extraction are serially marginalised when it comes to a call-up to the Super Eagles. Due to the proliferation of viewing centres in the North that has brought a relative exposure to European football and the easy access to internet-powered mobile phones, most northerners have realised that there was a plot against players from the region. The ongoing African Cup of Nations in Cameroon has somehow brought the debate about whether the North, with its vast landmass and way larger population, is criminally under-represented in the Super Eagles. I don’t believe in any conspiracy theory as far as this argument is concerned. Here is why.

1. Unlike in the South, football is regarded as, first and foremost, a hobby in the North and not a trade or a career. As a result, many talented northern players lack the ambition to push themselves to the limit, to build football as their way of living. For example, some of his close friends testified that former Kano Pillars player, Ahmed Garba Yaro-Yaro, failed to settle at the German Club, Borussia Dortmund, because he couldn’t withstand the cold weather in the European city, among other reasons. That was a player who had the chance not only to make millions but also make a name for himself at the Super Eagles set up. Instead, he blew the opportunity and shortly returned to Kano Pillars via a Tunisian Club, Esperance. Imagine an Igbo or a Yoruba getting this once-in-a-lifetime opportunity.

2. Culture and religion also discourage our football players. In most quarters in the North, top-level European football, the utmost dream of all footballers worldwide, is seen as a strictly Euro-Christian tradition. Most parents would rather have their children become petty traders in Kano, Kaduna or Abuja than millionaire footballers in London so as not to have their culture and religion contaminated by the infidel westerners. In fact, the few football players that take the game seriously and attempt to reach the highest level of local football (the Nigerian Premier League) are often seen as wayward, low-IQ fellows who couldn’t make it in school and therefore resort to football.

3. Historical factors also play against the North. Just like western education, football was brought here by the Europeans and has taken a firm root in the South before the North. Because of their connection to their former European clubs, some Nigerian ex-footballers convince the clubs to establish football academies. The location of these academies is, more often than not, the South. Chelsea, Arsenal, Bayern Munich, Barcelona and Real Madrid all have football academies in Abuja, Lagos and a few southern cities but none in the North. The ex-Super Eagles’ golden boy, Nwankwo Kanu, has an academy in his native Owerri. I wonder whether we can say the same about the likes of Garba Lawal and Tijjani Babangida. Lagos alone has more than ten football academies, while the whole 13 states of the ‘core’ north have zero, with Kwara state as the only northern state with a football academy. If we genuinely want to compete with the South, we need football academies in the North. These academies employ agents that look for young players, recruit them, train them and open doors for them to pursue a career in top-level football. And because of historical factors, most football agents and scouts of European clubs seem to look for talents in the South rather than the North.

4. All around the South are former footballers who succeeded in the game and, therefore, serve as mentors and role models for aspiring young players. You quickly draw inspiration when you have a practical example right in front of you. A player from Delta state, for example, would look no further than Okocha, Keshi and Oruma, to know that he, too, can follow their enviable footsteps. Some of these ex-players use their networks of relationships to send young players for trial in some European clubs. However, the story is entirely different here.

5. All countries, including Argentina, Brazil and Uruguay, essentially select players who ply their trade in European football. Apart from the economic aspects, Europe is where football is played at its most competitive level. If you select Nigerian-based players primarily, they would be schooled by the likes of Salah, Aubameyang and Mane, who are more experienced in the game. Now, compared to the South, how many northern players can we mention who play football in Europe? I challenge everyone here to mention just ten prominent northerners in European football.

For these reasons, I don’t believe the Nigerian national team is rigged against us. As it stands, we are not doing enough to be selected for the national team. If our young players give it a better go, we have the potential to equal the South in that regard. I find it amusing that while most things are done on a quota system basis, football players are chosen purely on merit. Perhaps that is why it is the single most crucial thing that unifies Nigerians across diverse ethnic, religious and regional leanings. If we can begin to choose our leaders on merit (not quota system), I believe the country stands a better chance to progress.

Towards achieving unity in Nigeria

90,000 malaria related deaths are recorded every year in Nigeria – NMEP