by Muhammad Sulaiman
in International, Opinion
0 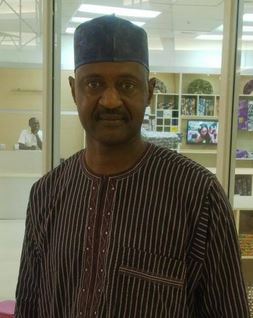 South African problem is the exact replica of black man’s disease. It is the reason why black Africa will never develop. Look at North Africa; Morocco, Tunisia, Egypt and Algeria, they have infrastructure, mostly at par with Europe, some are even better than most European countries. They are not blacks. The Arabs, even with their deadly problems, are far ahead of blacks in terms of development. There is no black African success story as far as nation building is concerned. Some people mention Rwanda as a success story. I don’t know their standard of success. To me a country with no rail system, which has only seven 7 tiny airports, running an agrarian economy and presided by dictator, is not a success story. South Africa was built by the Whites. Zimbabwe had a wonderful headway until Mugabe chased away the whites and handed over the economy to blacks. But look at UAE, Qatar, Kuwait, Bahrain, Oman, Saudi Arabia and Jordan. They are developed peaceful societies with law and order per excellence.

The 79 years Jacob Zuma of South Africa was sentenced to prison to spend 15 months for refusing a constitutional court order to give evidence, at an inquiry investigating a high-level corruption during his nine years in office. Zuma is facing trial for corruption, fraud, racketeering and money laundering. What followed was total disgrace to Africa and black race. South African blacks and Zuma’s Zulu tribe went into violent protest in major cities of Natal, Durban, Johannesburg and other major provinces. They broke shops and looted the contents and set buildings ablaze. In the melee that followed, at least 79 people died with figures still counting.

Who, but African blacks, will go into riots to protest imprisonment of a corrupt leader on account of ethnicity only! The South Africans are not rioting because Zuma is innocent. They just don’t want him to be jailed no matter his crimes. Zuma defied court order. In any civilized society, defying court is tantamount to sleeping in prison. But see South Africa, arguably the most developed country in Africa, having the best infrastructure, best schools, functioning economy and a member of G-20, disgracing Africa, Africans and all blacks.

What kind of country do South Africans want if a leader can wreck the treasury and be above the law? Even with our myriads of problems I don’t see Nigerians behaving this way. Obasanjo was a former leader imprisoned for offences he did not commit but no one razed any shop or burnt down cities. Leaders will always have supporters but when they commit crimes, we should not give them ethnic refuge and fight their own battles. We should allow them to stew in the pot they arranged for themselves. That is the only way they will do the right thing in offices. As long as we allow them to commit crimes and run to ethnic and religious cleavages for protection, we will never develop as a country.

Is a social analyst based in Abuja

JUST IN: Abduljabbar arrested in Kano