AbdulJabbar and the free speech conundrum 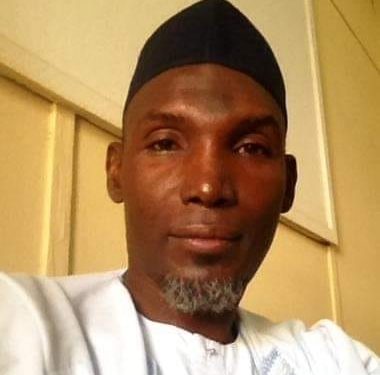 The recent debate between AbdulJabbar and representatives of Kano Ulama on the former’s reprehensible method of uttering unprintable words on the person of the Messenger of Allah (Peace be Upon Him) on the pretext of deduction and/or inference has opened yet another question on the freedom of expression. Some few supporters of AbdulJabbar decided to hinge their support on the hype of freedom of expression, saying that they are supporting him because he represents their free speech advocacy.

Nevertheless, a simple glance will expose this fallacy because if criticising other ideas is sanctioned by the freedom of speech article, AbdulJabbar himself does not seem to believe in it given his radical stance on the right of different sects to propagate their understanding. He condemns other people (sometimes using all available invectives) for no reason other than expressing opinions that contradicts his stance. He attacks other sects with impunity, descending on the personalities of many revered sheikhs, who were not even aware of his existence, in order to hurt emotionally and psychologically injure their admirers who disagree with him on one issue or another.

It is, therefore, hypocritical to premise supporting the man on the shaky ladder of free speech advocacy. This is even more evident as the peddlers of this chicanery never, even for once, voiced their dissatisfaction with the man’s assault on others who spoke their minds.

It looks like almost every blasphemer or assaulter of people’s sacred places and/or scripture will find a supporter among the advocates of freedom of expression. Are the majority of people whose religion is attacked NOT free to express their anger? Why the intolerance against intolerance? It seems we are faced with what we can call a tyranny of the minority.

Section 39 (1) of the Nigerian constitution says: “Every person shall be entitled to freedom of expression, including freedom to hold opinions and to receive and impart ideas and information without interference.” Why should this only be applicable when those opinions are from the minority?

Some of them used to argue that we abhor dissent. This is also not true. We have been living with dissent throughout our history. Even after Sheikh Dan Fodio’s Jihad, there were non-Muslims who went about their businesses without any harassment. Throughout our towns, there are a handful of brothels known as Gidan Magajiya. There were singers and dancers. There were even ‘yan daudu in addition to prostitutes. They live here. None of them was reported to have been attacked by the people or the authorities, to the best of my knowledge.

Also, the Ulama differ. They write books for and against what they believe and what they do not believe. People follow any sect they feel they are more at home with. They form and join groups. All these existed in Arewa before Nigeria even existed; they still exist. What gave the impression that we hate dissent is yet to be enumerated. Therefore, this is not about disagreement; it is about attacking and insulting what people hold dear and sacred while waving the card of free speech.

‘It is our collective responsibility to protect Prophet Muhammad (SAW)’ – Prof. Salisu Shehu

We will soon deploy 5G in Nigeria—FG