by Admin
in Opinion
8 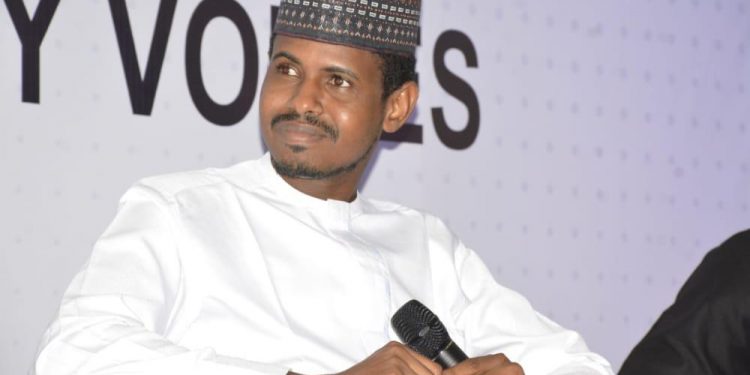 Since The Daily Reality has become the darling medium through which northern elites are called to task, I would instruct them to extend a short message to President Muhammad Buhari this weekend. Although Nigerians are used to the deafening silence of this administration to most of our perils and concerns, the president needs to be reminded of a few disturbing, foreseeable facts.

Let me first state that the people of this country, especially his brothers and sisters in the north, can’t wait to see the end of his rule. His ethnic group, the Hausa-Fulani, have carried his cross for too long. For over a decade, they gave their lives, wealth and resources for his candidature, and for seven years, they bore the blames, stereotypes and animosities for his presidency. What is their gain? An avoidable but seemingly inevitable genocide. If the president does not know, I will tell him that the people of this region are tired! They are no longer looking for what he can do for or to them. They are only anxious to survive the remaining days.

I want the president to observe a few things. First, all Nigerian leaders lucky to have left the Villa alive went back to their hometowns after their tenures. For instance, Shehu Shagari, who was overthrown by then General Muhammadu Buhari, moved permanently to Shagari, securing a serene, fruitful life after that. While in retirement, Shagari remained relevant and served in various traditional positions within the Sokoto Caliphate. His love for his people, his engagements with his roots throughout his career, his pride in his people and culture and constant, persistent and proud leaning to his region endeared people to him even after his tenure. That love held him physically and psychologically intact, made him relevant and happy all through his old age.

General Ibrahim Badamasi Babangida, who succeeded Gen. Buhari, retired to Minna, his birthplace from where he and his wife established great organizations that engendered socio-economic development. As a result, Babangida’s home became a centre of excellence in Minna metropolis, and people trooped to his doors for all kinds of support and favours.

General Abdussalami Abubakar became the Head of State after the death in office of Gen. Sani Abacha. Abdussalam followed the footsteps of his predecessors and retired in Minna, his hometown. This was possible for the two Generals only because of their good to their people and region. To date, Niger and indeed the North-Central are thankful for their service as Heads of State. They gained relevance and recorded developmental strides hitherto impossible without the emergence of their worthy sons.

Then came Olusegun Obasanjo, who returned to power for the second time. After eight years in office, Obasanjo moved to Otta – not even Akure – to start a new life as a statesman. While Yar’adua died in office, his successor, President Goodluck Ebele Jonathan, immediately vacated Asorock for Otuoke, his birth village and assumed his gentle duty as the breadwinner of his people and region. Jonathan has was devilishly maligned as the enemy of the north, the clueless president of the country. But he ensured that the Niger Delta amnesty program succeeded, for he was conscious of life after office in the creeks. He, therefore, begot for himself and his people a place to live in peace.

Here at home, the breadwinner of Adamawa state, former vice president, Alhaji Atiku Abubakar, ensured that the state’s economic strength is sustained. He established institutions, provided hundreds of thousands of employments, empowered businesses and established banks for entrepreneurs and start-ups. Atiku Abubakar built his retirement home in Jada and moved his business headquarters to the state. He ensured that human development services, such as education, healthcare, media and IT industries only obtainable in the cultural West are brought home to the doorsteps of his compatriots. Thus, he was able to stay at home and proceed with his political career gracefully.

But with all the situations in the northwest, especially Katsina – his home state – and Kaduna – his preferred haven, where does President Buhari intend to retire and spend the rest of his life? For one, at 80, Buhari will be the oldest Nigerian president to leave office and probably the sickest at that weak point of human life. That is the moment he needs people the most and will undoubtedly go through the most painful retrospections of his administration’s actions and inactions. Then, he would face realities – poverty, inhumanity, misery, deprivation, etc. – that have become the norm on Nigerian streets. At that point, Buhari would need Nigerians, and Nigerians would not need him for anything.

The excoriating economic disaster in Buhari’s northwestern region today has not been seen in a long time. Thousands of people are homeless, hopeless and desperate for food and shelter. In Daura, for instance, hundreds of thousands of youth are unemployed. At the same time, his close relatives and families have bought over most farms and grazing lands around the emirate, extending the wicked hands of poverty to more people than ever. As it stands, hundreds of thousands of people are fleeing this region for safety, as kidnapping and banditry have overtaken citizens’ daily lives. Worse still, the president’s disposition and sheer lack of concern on anything “north” make it impossible for him to enjoy his cult-like mob that kept his military retirement years afloat.

Sadly, there is no going to be Buhari the messiah, Buhari Maigaskiya or Buhari jagoran talakawa. There will be only one Buhari in the world: the one who became president and failed to help his people. The one that has disappointed his most loyal supporters; the messiah that couldn’t save his people from hunger, deprivation and poverty. The Buhari who oversaw the worst economic period of his country. That Maigaskiya supervised the most criminal and cruellest regimes of corruption. The one that promised heaven but gave hell. How life looks for someone at that age in this condition will be very interesting to see.

Dr Pantami, silence is not golden