Dr Pantami, silence is not golden 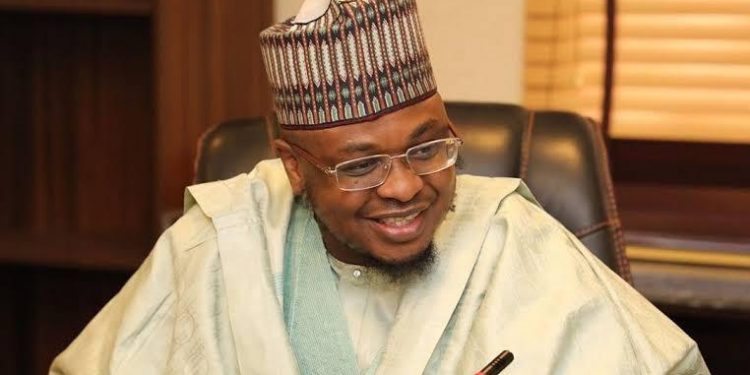 Saner climes aren’t saner climes for nothing. They seem to have broader perspectives on life. They acknowledge success wherever it is and not getting unnecessarily fixated on just one thing.

In Nigeria and several African countries, academic qualifications and honorary titles are seen as the only testimonial to weigh your level of intellect, level of exposure, degree of societal awareness and overall social image. So, if you want to be seen as a “rare gem” and the next human being to have sense since Plato, then you must accumulate as many academic qualifications as possible and have titles.

Several people laughed at my comment elsewhere on Africans and their love for titles. I reminded us that the official name of the former Gambian President was, His Excellency Sheikh Professor Alhaji Dr Yahya Abdul-Aziz Awal Jemus Junkung Jammeh Naasiru Deen Babili Mansa. You may please count the number of titles there. If you are a meticulous fellow like the academics, you would want to follow each of these titles to see how Yahya Jammeh got them. In most of the titles, you’ll see that they are either honorary or just self-assigned.

Do not get me wrong. If you have titles, please feel free to assemble them before your name at birth. It is said that titles are adornments. If you have terms, flaunt them to everyone’s eyes! If you don’t have them, work hard to get them and then exhibit them. But do not get so obsessed with titles and attach them to your name; then, when it is time for verification, it will seem as if people are just envious of you or hate you. People want to verify things that aren’t so clear to them. It is in the spirit of filtering contents before they go into history. The unborn generation deserves to read truthful content. We owe them that.

With all this Dr Pantami’s issue going on, I continuously kept visiting his official Facebook page to see what he might have to say. But, unfortunately, there was nothing there to read on the issue.

As an academic, professorial chair is the pinnacle of your career. How would someone attain such great success and not be overwhelmed with joy to the extent of announcing it to us, his lovers and admirers? Isn’t such a promotion what we should celebrate with our loved one? Don’t we deserve to be let aware from the horse’s mouth? Do we deserve to be let in the hands of “envious academics” and polemicists who churn out narratives and counter-narratives as the clock ticks?

I think lovers and fans deserve better treatment. With the level of energy dissipated, silence is not golden. The silence is graduating to the approval of the professorial appointment or promotion or whatnot.

On the one hand, if the professorial appointment is genuine and legit, Dr Isa Pantami will only clarify the inconsistencies on his number of peer-reviewed papers and the number of years spent in active service. Whatever it is that the Federal University of Technology, Owerri (FUTO) used as a legit fulcrum to promote him, that is just what he will explain, and the world will have to live with it.

On the other hand, if the promotion is just the sensationalism of overzealous fans, then Dr Isa Pantami only needs to clarify so to ask the public to disregard it. Because his silence would imply an integrity defect which is bad for his image first as a reputable Islamic scholar and second, as a distinguished compatriot of the Federal Republic of Nigeria.