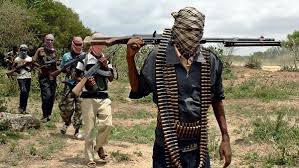 According to a witness, the gunmen blocked the roadway between Birnin Gwari and Kaduna at Unguwar Yako bush, where the traders were taken.

According to the source, the abducted people were among dozens of people travelling on business from Birnin Gwari and nearby areas in Niger State to Kano.

The source was quoted as saying, “We were travelling in a convoy with security escorts but they (bandits) abducted those who moved ahead of the convoy, which made them easy preys for the bandits.“We came and met about four empty vehicles, while seeing the bandits moving into the forest with the captives.

The soldiers are tracing them, we are stranded at a dangerous spot in the forest (Unguwar Yako) while the security escorts are chasing to rescue the abducted traders.”

As of the time of filing this report, police in Kaduna have not released an official statement on the incident.