by Admin
in National, News, Politics
0 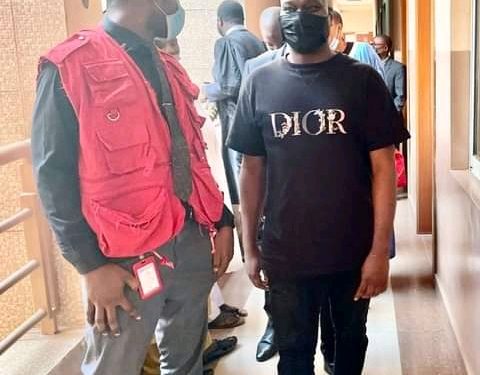 The Economic and Financial Crime Commission (EFCC) rearraigns Ismaila Mustapha, popularly known as Mompha on charges boardering on money laundering. He has been rearraigned in a Lagos Special Offences Court sitting at Ikeja, Lagos.

The post reads: “Operatives of the Lagos Command of the Economic and Financial Crime Commission, have re-arrested a suspected internet fraud star, Ismaila Mustapha for laundering funds obtained through unlawful activities of alleged proceeds of crime”

The statement also noted that Mompha was arrested on Monday, January, 10, 2022.

The Commission added that: “The suspect is currently standing trial alongside his company, Ismalob Global Investment Limited on an amended twenty two-count charge boardering on cyber fraud and money laundering to the tune of N32.9bn (Thirty-two Billion Nine Hundred Thousand Naira brought against him by the EFCC”

The Instagram celebrity was first arrested at the Nnamdi Azikiwe Airport, Abuja on October, 19, 2019. And since his first arrest has been in and out of the courtrooms.

Should all Children in “Third World Countries” be taught the Philosophy of a Violence?