Pantami and the bitter taste of politics (II)

by Admin
in Opinion, Politics
1 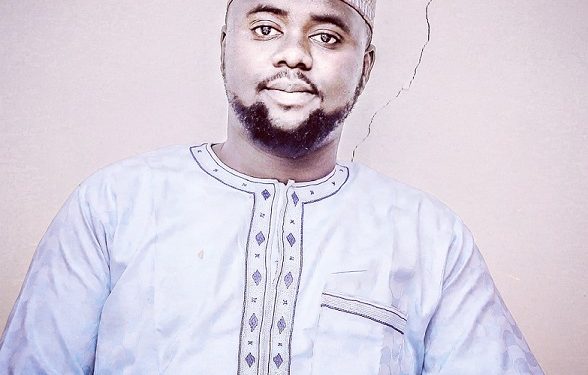 As a man of God in power, Pantami has been anticipated to promote justice and fairness to all, doggedness in executing the rule of law and consistent due process while amicably working to advance his ministry. Unfortunately, however, some of his decisions, actions and inactions shatter this goodwill, clearly undermining what he should – or was expected to – represent.

Barely a few weeks after his appointment as Minister, Pantami’s name began to trend in what seemed to be his first scandal in office. Pictures of some luxurious apartments were shared on social media with the allegation that he owns them. Perhaps, other Ministers occupied better, polished and more luxury apartments, but nobody cared to nail them down for their exotic preferences despite being in the same shoes as him. This should tell Pantami that his colleagues may be excused and get away with so many other things while he would not. This is obviously because of his antecedents as an Islamic cleric.

One would think this politically-driven furore would be an eye-opener to Pantami and should guide his future decisions and endeavours henceforth; it should dawn on him that things will never be the same for him again; that certain things about his life and that of his family, relatives and even close friends would be twisted and become a source of gossip on the cyberspace from now. Therefore, he should thread carefully

But Pantami appears not to appreciate the complexities of his new reality. If not, why would someone as blessed as Pantami allow his name to linger in a scandal of dubious professorship appointment (promotion) by the Federal University of Technology, Owerri? Let’s assume that the fuss generated by the position is a work of his foes and mischief-makers, and there’s nothing wrong with it. Still, the ensuing controversies are not suitable for his image as an Islamic cleric.

It is such a shame that a man of his calibre would allow his love for title to overshadow his conscience. If I were Sheikh Pantami, I would get rid of this appointment to save what remains of my image. And after my tenure as minister, I will go back to university to become a legit professor, proving my capability to be one. But because of what seems to be an untamed ego, Pantami will not succumb to the voice of ethical and moral principles and do that. On the contrary, he remains adamant and shows no sign of withdrawing the appointment sooner or later.

The Academic Staff Union of Universities (ASUU) opposes the appointment vehemently. But, in what seems to be a reprisal move to frustrate its struggle, NITDA, an agency under Pantami’s ministry, discredited ASUU’s proposal of UTAS. This came after NITDA’s earlier proceedings showed that UTAS passed the integrity test with 93% aggregate.

In another twist, Pantami’s Ministry of Communication and Digital Economy fails to complete its initiation of NIN-SIM enrolment and verification, which should curtail digital-related crimes in the country. This single policy, if fully executed, will be one of the most significant legacies of Pantami’s stewardship. Yet, just this morning, several media outlets reported that the exercise, which deadline was earlier scheduled to be January 2021, has been extended yet again for the tenth time. Again, this shows weakness and a lack of political will and patriotism.

Before coming to office, nobody would believe that Pantami would be engaged in an unfortunate political twist like this. It is now clear that Pantami is becoming more partisan and a career politician; his status as a strict technocrat in the corridor of power has noticeably changed now. In fact, political moles carrying his posters which bear the inscription “Digital 2023”, were sighted at the just concluded national convention of the All Progress Congress (APC). It will not be a surprise if Pantami contests in the forthcoming general election.

While it is within his constitutional right to do so, he should bear in mind the embodiment of the institution he represents and the challenges ahead. He should know that he is in politics and public service to set, among other things, precedence for others to follow. I hope that he will face, manage and swallow the bitter taste of politics with wisdom, courage and ethical and moral principles. I hope that his decision and indecision will not further generate unfortunate controversies. I hope that he will remain steadfast to his religion while promoting the rule of law, due process and good governance for Nigerians.

Aminu Nuru wrote from Bauchi. He can be contacted via aminuahmednuru@gmail.com.

Hushpuppi: Abba Kyari has a case to answer, says Malami