by Admin
in Literature, Opinion
0 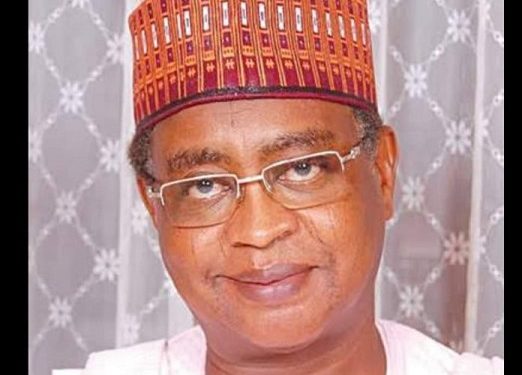 Tofa the last of the black-maned lions is no more!
May you walk amongst the saints,
As God enriched your life in this world may he grant you a Billion folds in the hereafter.

You didn’t neglect your portion of this world!
Opportunities unwasted nor a life of regrets,
A life at its best!
If I want to be Tofa Oh! From where do I start?

Is it Tofa of the beautiful palace and the most elegant of Mosques !?
Whom the good Lord granted a life of wealth, piety, fame and prestige !?
Whom he honoured above most men,
Bestowed him with talent and he utilized it all?

A former presidential aspirant,
Whom had a passion for Nigeria
Makes us wonder what could have been!
The travails you’ve foreseen
The security of the Nation of which you were so keen!

The father to all, a mentor to many,
A connoisseur of the arts; A keen student of religion, the sciences include!
The historian whom tried his best to preserve an Emirate of which he was immensely proud.
“Advocates for a united Kano” we recall!

Tofa the Philanthropist who contracted tailors whose work was to sow for the destitute by night and day.
An Author of great works that would suffice a life of peace in this chaotic world.

An Ambassador of Islam,
A prince of the North,
A Poet, Reformer and Astronomer.
His collection of telescopes till date are unmatched!

A statesman, an icon of democracy, a colossal Pillar;
His Philosophy is not what can the North do for me but what can I do for its people!
You tried to secure our lives and future, generations will forever be grateful.

Men sat to mourn you,
A madwoman came!
Thus she spoke:
“From home, you’ve had your fill;
Now you have buried the one, who gives us feed.
Now I’m hungry
Have you no feelings?”

Such was the generosity of Tofa,
A saintly character,
With his absence now you will see!

So what will be the fate of the Nation when the Lions keep ascending and the reigns falls to the Jackals?
Who will steer the cubs away from fracas?

We always believe such men immortal,
Constantly putting it off, that we’ll find time and meet them.
Forgetting that as we grow so their time draws nigh!
When a great man dies, a whole library burns…
All the ideas they envisioned for Arewa unless in print, flees and with it comes our doom!

We didn’t tap into the wisdom of Sardauna nor of Balewa to study the art of statecraft!
So we procrastinated in meeting Dan Masani to learn diplomacy and eloquence.
We believed Bayero would forever be here to shield us!
And Sheikh Jaafar left; Ahmad Bamba same, Albany is at faraway Zaria we can’t take the bus;
Deluding ourselves that Dantata is inaccessible to us,
His Highness Sanusi just too busy for us!
Nor would I go to Alfurqan to rid my heart of its rust.
No wonder we are lost!

We’d rather disparage the Tofas amongst us;
Ridicule their reverence,
Tell them they are useless, toothless and clueless!
Our utterances reckless;
And manners thoughtless.
You friend,
Without them, rudderless!

And so they keep going,
And morals are ebbing,
Our heritage dissecting,
Standards are falling,
Culture’s corrupting,
The Nation is ailing,
‘Cos the wise souls keep leaving!