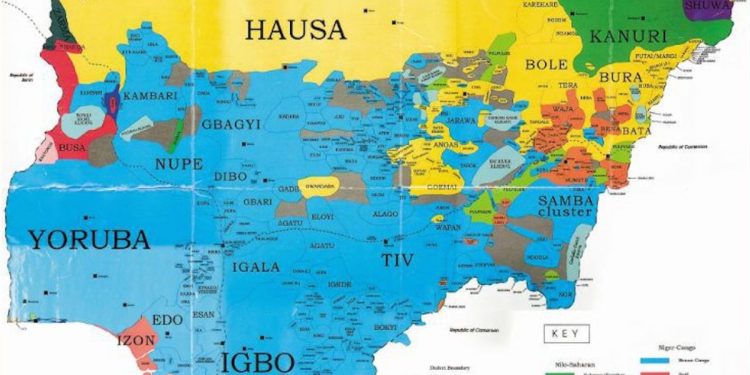 Several innovatory constitutional devices, administrative and technical solutions were tried to resolve the sectional tensions that, minimally in writing, attempted to enhance tolerance and political affinity between the heterogeneous regions of our dear country, Nigeria. These supposed solutions failed because they were unfounded paperwork, if not lip service.

The dispositions of politicians denote that they have no true intentions of dissipating all forms of religious and tribal harassment that undermine Nigeria’s progress as a diverse but cohesive society. They exploit the divisions for political deceit and their malicious divide and rule tactics. Politicians misuse the distinctions to garner more support, increase popularity and gain votes. But the effect is that it augments people’s consciousness of the differences and raise the importance they affix to them.

Hence, there exist mutual antipathy among the ethnicities. They strongly hold ethnic prejudices and stereotypical views against each other and counter-blaming themselves for the country’s woes. Frequent destructive fracases, secessionism and bloodshed depict Nigeria.

We need a poly-ethnic policy that will help us forge a pluralist democracy that fully respects tribal and religious dissimilarities. A country that truly recognizes and values such pluralism in society. This worthwhile project must establish mutual veneration among Nigerians which is essential for a peaceful future of multiethnic Nigeria. It should socialize Nigerians to enfold cultural diversity, support multiculturalism and believe that the tribes can harmoniously cohabitate through respecting each other’s cultures.

For this dream to become reality, the policy must be accompanied by genuine efforts to eradicate poverty and inequality. Research confirmed that lack of cohesion results mainly from inequality.

This policy must emphasize universalistic moralities like supremacy and rule of law, transparency in governance, economic development and nationalist sentiments to combat the particularistic moralities of the individual tribes. This will make Nigerians united by a common purpose rather than individualistic purposes.

Also, there is an immense need of maintaining a distinct Nigerian identity to replace particularistic cultural identities. People will develop a sense of common identity. Nationalism is a powerful ideology that unites perversely fractious and ethnocentric cultures effectively. It leads to a sense of sameness, uniformity and also bring people into closer fraternities. This will help them understand their differences and how to live with them. Therefore, tolerance will manifest and subsequently love will flourish among them. Diversity will be a source of strength, unity and progress.

Good leadership must be the leading force in this trip. Ethnic favouritism and turning public office an instrument of creating wealth for acquaintances and tribal brethren must utterly vanish. Justice, transparency and equal treatment of all irrespective of closeness or ethnic background must prevail.

Furthermore, Nigeria should adopt the integration approach to ethnic relations. Ethnic relations exist where individuals show allegiance to different groups that conflict exists among them. When disputes and competition divide tribes, then integration brings them together. Conflict wither away and there will be no ethnic consciousness and therefore less potential for dispute. Integration is a permanent cure for the ailments generated by ethnic relations. This model involves a continuous process by which individuals learn one another’s language, acquire modes of behaviour, characteristic attitudes and habits. At the macro level, the process also involves the gradual incorporation of smaller groups into the mainstream culture.

Increased contact and intermingling ought to be facilitated through ensuring inter-regional trading, sports competitions and encouraging people to travel widely because contact between members of divergent tribes reduces tensions, suspicion and dispute. This will turn Nigerians into cosmopolites. Those are individuals who travelled extensively and lived in different communities. Thus, they tend to be familiar with different cultures, communities and languages. Instead of exhibiting an overwhelming loyalty to their tribes, they have intricate repertoires of loyalty and identity. Therefore, they hardly become bigots.

Institutional ethnic stratification has to be dispelled from society. Political, social and economic institutions must be crafted to help manage the differences and all indigenous people need to have equal rights whatever their social background. Policies should be devised to deal with such diversity and prevent forms of social exclusion both at the national and community levels. Equal opportunities must be given to all and these institutions must be reformed so that they no more exclude and discriminate against minorities or disadvantaged groups.

Minority cultures must be protected because resistance intensifies where the dominant groups arbitrarily oppress the interests and aspirations of the feeble minorities. The conflict may manifest either violently or through political processes. Moreover, fundamentalist convictions emerge among minorities as they become apprehensive that their cultural distinctiveness will perish as the elements of dominant cultures become integrated into their own. They retaliate to defend their cultures in malevolent ways to people from the major cultures.

Finally, it is of paramount importance to establish an agency with broader powers and scope to enhance tribal equality in Nigeria. It should have the responsibility of implementation of the new policy. Yet, it can be assigned with the tasks of promoting peaceful co-existence and provision of legal aid to victims of harassment. In the same vein, statutes should be enacted making it obligatory for government agencies and private enterprises to vigorously exterminate all forms of discrimination and ensure equal opportunities for all.

Can your children compete locally…and globally?

Can your children compete locally...and globally?