by Admin
in Opinion, Politics
0 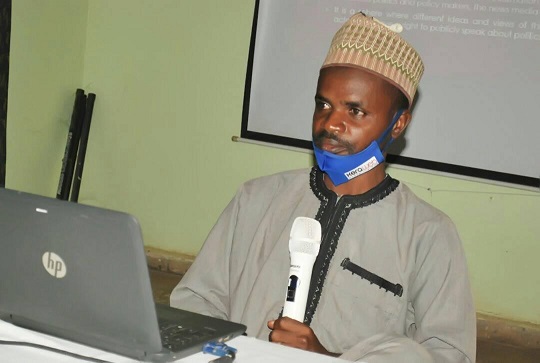 After the modest stewardship of Governor Abubakar Habu Hashidu, may Allah rest his soul (1999-2003), Mohammed Danjuma Goje took over amid tremendous efforts made by patriotic Gombawa to move quicker to the mission and vision of the creation of the state. As Governor, Danjuma Goje realized early the challenges faced by the new state, especially in terms of 21st-century development.

As a Governor, Goje worked hard with his team in laying the foundation for a modern state, where critical infrastructure and development initiatives hallmarked his administration. As Governor, we have to give it to Goje because he remains an illuminating leader of modern Gombe. After his illustrious tenure, he showed the way for competitive stewardship and possibilities in Gombe State.

However, fast forward to his representation as a Senator of the Federal Republic of Nigeria representing Gombe Central. Much was expected from him as an astute politician, a political science graduate, and a two-term governor.

In August 2020, the Daily Trust newspaper listed Senator Danjuma Goje among senators who had only two bills to their names. Therefore, when he announced his retirement from active politics early last year, many thought Goje, an elder statesman, was paving the way for his mentees to replace him in the Senate Chamber. Albeit, a few months after the announcement, Goje ate his words.

According to media reports, Goje was compelled by a group of “stakeholders” to rescind his decision and threatened to take legal action if Goje refused to heed their calls to stand for future elective positions. In an article I wrote last year, I advised Goje not to allow some people, calling themselves “stakeholders”, to drag his hard-earned political reputation into the mud. However, I later learned he sponsored the movement.

Since Goje has decided to remain in elective and active politics, our responsibility as stakeholders is to call his attention to some fundamental issues he plans to do for his constituency. It’s already the 2022 fiscal year, as this may be his final tenure in the senate. It is also essential to remind Goje that he needs to be careful about his legacy to bequeath to those coming after him.

In the constituency projects I sighted, what drew my attention was his intervention in education. All the projects he listed and the amount to be spent on the projects is commendable. However, as someone who works in the educational sector, I think what was mentioned is far from the needs of his constituency. If I may come in here, and if electorates have a voice in the way projects are cited or allocated, I think what I saw in the submission made by Senator Goje is, to say the least disappointing.

For instance, Goje’s constituency project for the 2022 fiscal year included distribution, supply and provision of educational materials, textbooks, educational aids, writing materials, educational charts and fertilizer to schools and farmers across the constituency. The project will cost a whopping N3bn. But, what attracted my attention was the materials to be supplied, provided or distributed.

Since my concern is education, I did a small analysis, looking at the places these “educational materials”, “educational aids”, “textbooks”, “writing materials”, and “educational chart” are going. In that alone, Goje is to spend N2.2bn for this project. However, most of these schools receiving these do not need these interventions; instead, they need good classrooms, qualified teachers, and a conducive environment for learning.

Recently, the Punch newspaper report shocked the world when it visited a community in Akko Local Government, Goje’s constituency, where about 150 children learn under harsh conditions after a windstorm demolished their school years ago. I don’t think Goje or any of his aides is not aware of the plight of these communities. The community is a few kilometres from the NYSC temporary orientation camp at Amada, stressing that they were tired of promises.

It does not make sense for the Senator to put N200m to supply writing materials in Kembu when a whole community has children learning under the harshest conditions you can imagine. Also, even if there are no communities like Wui-wui, does it make any sense to put N2.2bn for the “distribution”, “supply”, and “provision” of educational materials (forget the repetition of one word in different synonyms) while most of our rural communities are without schools or drinking water?

As an elder statesman and a politician of repute, I think Goje ought to know better. History will not be kind to him if these are the legacies he wants to leave as a senator of the federal republic. Goje is not too late to review these constituency projects and channel our resources to where we need them.

Unfortunately for Ukraine, US will not fight Russia

Unfortunately for Ukraine, US will not fight Russia

Drop that certificate, go after your passion