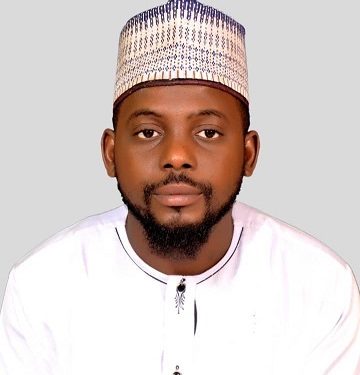 As a state that accommodates one out of every ten people living in the country, Kano has many competitive advantages over other states regarding development at the sub-national level. Looking at how economies worldwide are competing to finance development, mainly using domestic resources mobilisation, the easiest for the state is to leverage on its abundance of human resources.

As a governor of the state for the second time from 2011 to 2015, Rabi’u Musa Kwankwaso wanted to make Kano a knowledge-based economy by providing necessary education and skills, thereby making a large portion of the state’s economic growth and employment from knowledge-intensive activities. The governor understood how knowledge spurs more rapid growth than any other resources; therefore, he projected the potential of the state to use its population of teeming youth as a comparative advantage.

His revolution started with efforts to bridge the workforce gap in tertiary institutions by sponsoring more than 2,500 postgraduates and undergraduates to study abroad. In addition, he sponsored hundreds of undergraduates in private universities across the country. These beneficiaries were expected to come back and support the education sector of the state and beyond.

These people were selected based on merit, and most of them occupied positions at various tertiary institutions in Kano state and Northern Nigeria in general. Recently, two of the beneficiaries were listed among the most cited scientists in the world.

The governor further created 47 technical colleges to revive technical and vocational education. These colleges were strategically located across 44 local governments to provide secondary school students in rural and urban areas with skills in various trades.

Looking at how Kano businesspeople import textile and garments materials, the governor also established skills acquisition centres in more than 20 local governments in the state to serve as incubation centres for modern garment production. However, these centres were about to be launched when the present government truncated the effort. Only God knows the reason.

I heard the governor on air saying that when these centres are launched, they would compete favourably and capture a significant share of the undergarments market in Nigeria and across the sub-region. This is because the centres have been equipped with the most modern techniques and technology in garment making industry.

Kwankwaso didn’t stop there. He introduced over 20 specialised training institutions to provide in-demand skills in agriculture, ICT, sports, tourism and hospitality, among others. One of them is the poultry training institute located at Tukui village of Makoda local government in the northern part of the state.

These centres were meant to bridge the skills gap, provide employment to our teeming youth and reduce insecurity and over-dependency on grants by improving internally generated revenue of the state. Had there been continuity in the models employed by the former governor, Kano would have been on its way to reclaiming the past glory it is known for in terms of knowledge and commerce.

The hope of everyone who wishes good for the state is to consolidate this model by whoever would emerge as the state’s number one citizen in 2023. But, of course, this can only be possible if his priority is development.

Are candidates to blame for mass failure in the UTME exam?