by Admin
in International, News
0 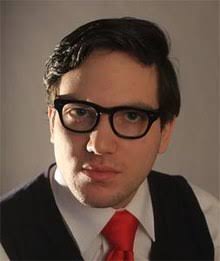 So many atrocities and crimes against humanity continue to grow everyday in the so called  developed nations, however, their justice system is powerfully functional, as it never allows a criminal to go unpunished no matter who he is, how smart he seems to be or how highly placed someone is. This is a report of Nicholas who evaded justice but a functional judicial systems trails him to his hiding place.

According to Aljazeerah, “Nicholas Alahverdian, 34, who fled the US to evade prosecution, has been arrested in Glasgow after being hospitalised with COVID.

The fugitive, who lived under an assumed name of Nicholas Alahverdian, was arrested by police in Glasgow.

Nicholas is a Rhode Island man who is believed to have faked his death and fled the US to evade prosecution in Utah and other states. He has been apprehended in Scotland after being hospitalised with COVID-19, authorities have said.

TDR’s source disclosed that “Nicholas Alahverdian was discovered after developing a serious case of the coronavirus and being placed on a ventilator at a hospital in Glasgow, Rhode Island State Police Major Robert Creamer told The Providence Journal on Wednesday.

Alahverdian 34, who was wanted by Interpol, now faces extradition to the US to face a charge of first-degree rape in Utah in 2008.

Court documents unsealed on Thursday show Alahverdian met a 21-year-old woman on MySpace in 2008, when he was living in Orem, Utah, and going by the name Nicholas Rossi, WPRI-TV reported.

The woman said that she ended the relationship, but that Alahverdian owed her money, promised to pay her back and instead sexually assaulted her in his apartment.

Utah County Attorney David Leavitt’s office said on Wednesday that DNA evidence collected at the time was not tested until 2017 as part of a state effort to test backlogged rape kits. The Utah evidence ultimately came back as a match to a sexual assault case in Ohio.

“Investigators also learned that Nicholas Rossi had fled the country to avoid prosecution in Ohio and attempted to lead investigators and state legislators in other states to believe that he was deceased,” Leavitt’s office said in a statement. “Mr. Rossi was discovered to be living under an assumed name in Scotland.”

Rhode Island State Police have also said he is wanted in that state for failing to register as a sex offender, while the FBI has said he is also wanted in his home state of Ohio on charges he took out credit cards in his foster father’s name and amassed more than $200,000 in debts.

Why Geography Matters: The need of Geospatial Technique in Addressing Nigeria’s Security Challenge (I)