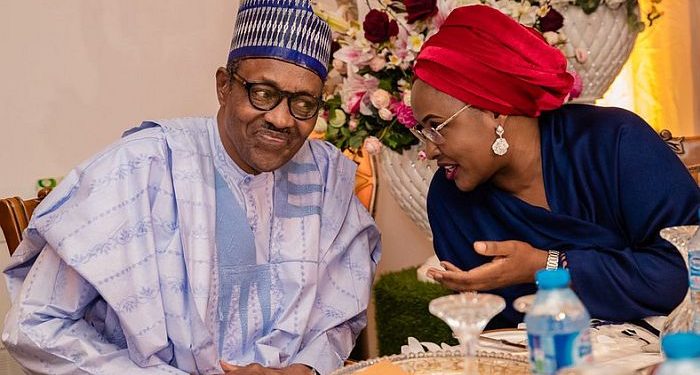 Have you read Tewfiq Al-Hakim’s play Fate of a Cockroach? If yes, the Egyptian playwright has aptly satirized Nigeria’s current socio-political mood and reality. Though the play is deliberately written allegorically as the characters are cockroaches, they have fully depicted the inconsistency with obvious truth, the absurdity and folly of man in the 21st century when reasoning ought to replace emotion. From the King Cockroach, the Queen, Minister, Savant to the poor cockroaches, they have reflected and caricatured the careless attitudes of the leaders, the cronies, the upper class, and ordinary Nigerians.

The play opens with a problem bedevilling the majority of cockroach populations. If a cockroach slips on its back, an army of ants will round up the cockroach and take it to their house as food. And the cockroaches can’t have the gut to overcome the tiny ants. The ants are insignificant in the cockroaches’ world, yet, they prove to be integral in deciding the fate of the cockroaches. Hence, the title of the play: Fate of a Cockroach.

In Nigeria, the same scenario unfolds itself; a tiny group of bandits terrorizes the majority, kills and robs them of their possessions. The small armed group controls the fate of the majority.

From the beginning, King Cockroach blames the Queen for seeking to undervalue his authority and worth. While the King says that he tolerates the Queen because she’s of the weaker sex, the Queen argues that she’s more knowledgeable and reasonable than him. In addition, she complains that an existential threat posed by the ants is in the offing. However, the King can’t solve them because he’s weak and surrounds himself with wrong cronies.

In Nigeria, the same drama unfolds itself. The wife of Mr President, until recently, was at loggerheads with her husband. Can you remember when the president criticized his wife during a trip to Germany? The (in)famous “she belongs to the kitchen, my living room and the other room” is still fresh in the minds of Nigerians. The heated argument reached a boiling point when the wife said she might not back her husband at the then approaching elections. The president’s remark centres on his wife being the weaker sex (as declared by King Cockroach). Therefore, her role is limited to mothering, cooking and ‘the other room’ function.

Moreover, King Cockroach and the Queen quarrel over each other’s appearances. The King incessantly looks into a mirror and admires his long whiskers (the whiskers are the symbols of authority). He numerously says that his whiskers are longer than any other cockroach’s. This obsession with whiskers reflects the attitude of our president with power and the presidency (remember that he doesn’t go to funerals or ceremonies for fear of Corona that can wrench the presidency from him if he dies). In addition, he’s also obsessed with elegance and posing for pictures.

The Queen also looks at the mirror, admiring her beauty, and she tells the King that her whiskers are more beautiful than his. The Queen’s obsession is similar to that of our First Lady. Can you remember her long robe that was said to have cost some huge amount of money, which also generated social media arguments?

“Kitchen Cabinet” is also portrayed in Fate of a Cockroach. The trio of Minister, Savant and the Priest suitably reflect Nigerian cronyism. Minister Cockroach is suitable for his job because he proposes ‘disconcerting problems and producing unpleasant news.’ Can you also remember the allegation that some people shield Mr President from knowing the scorching Nigerian reality?

According to King Cockroach, the Priest is there as his priest because of the incomprehensible things he says. In Nigeria, some Northern Islamic clerics play the same role Mr Priest plays in Al-Hakim’s satire, of depending the morally undependable. They play the Public Relation role to the government.

The Savant in the play, on the other hand, is talented because he brings ‘strange information that have no existence.’ In Nigeria, he plays the same role as the president’s media team.

When the ants kill Minister’s son, he calls his death a ‘national catastrophe’, and King Cockroach declares a ‘public mourning.’ Since the infiltration of BH and banditry in Nigeria, many a death is greeted with silence. But when a relative of the upper class is affected, the power swiftly sends a federal delegate, or the president goes in person to mourn the bereaved. The King Cockroach is full of rhetoric, so is our Mr President.

When Queen Cockroach presses her husband for solutions to ants’ attacks, King Cockroach says he can’t be single-handed for a long-time problem. This can be equated with the ruling party’s reference to the previous government as the architect of BH and corruption. In other words, Nigerian leaders are always looking for a scapegoat.

In the play, the cockroaches look at themselves as superiors in knowledge to ants. So they reason that ants only know how to source and eat food, yet despite their superiority in knowledge, their collective fate rests with the tiny and minority ants.

In Nigeria, this is the same expressed mood; while the Fulani bandits are considered inferior, uncivilized and unknowledgeable, they hold the others’ fate. Where’s the knowledge then if you’re under the grip of the minority?

Those BH and bandits are in our midst; we know them, know their families, know their place of domicile, yet we can’t do anything against them.

As in “Fate of Cockroach,” where the cockroaches can’t come together and fight a common enemy, the ants, so are Nigerians who are divided by tribal, religious and sectional loyalty, giving way (like the cockroaches) to an armed minority group (like the ants) to destroy us. As in Al-Hakim’s satire, the ball is in the court of the bandits because they hold our collective fate.
Salisu Yusuf writes from Katsina.

Salisu Yusuf wrote from Katsina. He can be reached via salisuyusuf111@gmail.com.

FG must stop these senseless killings in the North – Ulama Forum

We want security agents to protect us, not arrest and intimidation – #SecureNorth protesters lament

We want security agents to protect us, not arrest and intimidation - #SecureNorth protesters lament

Islam speaks about everything, including environmental protection – Dr Bashir