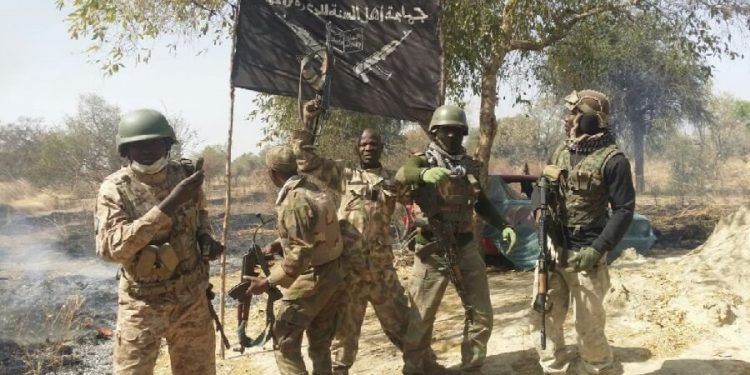 No fewer than 26 insurgents of the Islamic State of West African Province (ISWAP) have been eliminated in Gajiram town, Borno State, after the Nigerian military launched airstrikes on them.

Reports show that the military made the attacks after the insurgents, who came on their gun trucks, made an attempt to invade the town.

A military officer in the know of the incident, whose identity is made anonymous, reliably told journalists that 26 bodies of the insurgents were counted.

Confirming the heavy casualty inflicted on the terrorists, he said, “The aircraft arrived timely and bombarded the locations of the terrorists and burned some of them beyond recognition.

“We have so far counted 26 bodies of the terrorists, but unfortunately, we lost two gallant soldiers while tackling other fleeing enemies.

“More bodies of the terrorists could be seen from afar in their burning trucks along Kunli village road and on the eastern side of the town.”
Tags: Boko HaramISWAPNigerian Army

Of Kano and the need for change