Messi: He came, he saw and he conquered 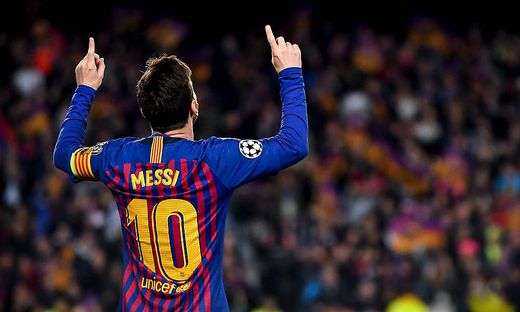 When former Barcelona Director of Football, Carles Rexach, signed Lionel Messi on a napkin paper at the turn of the current millennium, little did he know that he had just unearthed possibly the greatest ever footballer. Barcelona have just announced the departure of their boy wonder, the messiah and the plea, after 17 years of joy and anguish, highs and lows, successes and failures. Countless goalscoring records have tumbled at the majestic feet of the boy from Rosario in Argentina. He holds the records for playing more games for Barça in La Liga, UCL and El Clasico.

To even attempt to list Messi’s accomplishments in this short thread would be foolhardy. Nevertheless, many accomplished pundits, coaches and players mesmerised and enchanted by his magic wand have showered plaudits to the little genius. After trouncing Arsenal in 2010, the then Arsenal coach famously remarked that “Messi is a PlayStation player”, effectively testifying to the impossibility of being Lionel Messi. Similarly, Pep Guardiola, who is the coach that helped nurture the talents of Messi, once said that “To compare Lionel Messi with any other player is unfair… on them”. Jorge Valdano, a Maradona teammate in the victorious 1986 World Cup-winning Argentina side, added that “Messi is Maradona every day and even Maradona wasn’t Maradona every day”.

Rodrigo De Paul, Messi’s teammate in the Argentina national team, said, “If Messi is your captain, you would want to go to war for him”. The recently departed ex-Real Madrid captain Sergio Ramos also confessed that “Messi will always have a place in my team”. This is just off the top of my head. The list of current and retired players who idolise Messi contains the creme-de-la-creme of the footballing world.

A longstanding mantra has it that ‘records are meant to be broken.’ If these Messi’s records are ever to be broken, it will take an exceptional player.

7. Winning three player of the tournaments in international tournaments.

10. Winning four man of the match awards in a single World Cup.

As for Barcelona fans all over the world, the dreaded day has finally come. Most of them can still remember the scrawny, shy 17-year old Messi who scored his first-ever professional goal against Albacete via Ronaldinho’s assist. Very few people thought that that watershed moment was passing the baton from one generational talent to another. However, the future isn’t that bleak for Barça. For one, young, exciting talents are emerging from the academy. The likes of Fati, Collado, Trincao, Gavi, Pedri, Puig, Mingueza, Araujo and Dest have shown great promise. Together with the old guards such as Pique, Griezmann, Alba, Busquets and Aguero, they may just paper the gaping cracks that Messi’s sudden departure will inevitably leave.

Messi alone is capable of covering a multitude of sins for coaches and fellow players. Good luck trying to replace such a player.

As for the man himself, this is a perfect opportunity to silence his diminishing number of detractors that he can cut it away from his comfort zone — whatever that means. Of course, Messi isn’t getting any younger, but I would bet my bottom kobo for him to fare well at any league in the world.

Aliyu Yakubu Yusuf is a lecturer at the English and Literary Studies Department, Bayero University, Kano. He can be reached via aliyuyy@gmail.com.

Arewa Today: Shari’ah for the masses, democracy for the elite

Nnamdi Kanu and the political hypocrisy of the southeast