Why campus journalism is a necessity 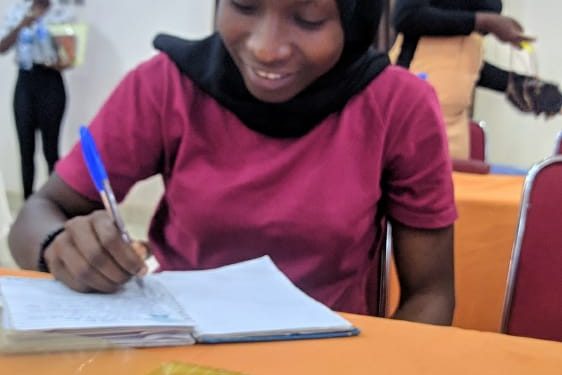 Campus Journalism gives students the opportunity to hone and practice their journalistic skills and be the voice of change by getting readers to think about pressing issues that they probably wouldn’t have read anywhere else.

The endeavor provides a platform for students or student communities who look to expand their horizons beyond just the campus and discuss topics such as gender equality, human rights, or even the protection of animals.

Campus Journalism plays a role in information dissemination, enlightenment, and educating the general public just like journalism did in the broader society.

Many journalists doing exceptionally well in the mainstream media today were one time in their lifetime campus journalists. The like of Adejumo Kabir of the HumAngle, Adeyemi Ibrahim Olarotimi of Foundation for Investigative Journalism (FIFJ), and recently our own very one, Yakubu Mohammed of (FIJ).

The guys mentioned above are all products of campus journalism, doing exceptionally well in the mainstream media immediately after graduating from the university.

However, I see no reason why campus journalism wouldn’t prosper in our universities, looking at the impact of being people’s voice. Three things are involved in campus. You rather be a campus politician, campus journalist, or bookworm.

I think many students choose the former over the latter because of its monetary incentive. However, in campus journalism, it’s all selfless service where at a point in time, you get threatened with ratification because of one story or the other.

However, campus politicians get to receive dues from students they spent and be big guys on the campus without proper accounting. This makes many students choose politics over journalism on campus.

Setting Ibrahim Badamasi Babangida University Union of campus Journalists, which is still at its infant stage and doesn’t witness the desire to progress as it is supposed to, could be attributed to the unfriendly atmosphere given to the union by the University management.

Students are threatened whenever they make a publication, either good or bad about the university. Unfortunately, this has also killed the vibe of many students writers who are afraid of being expelled from the university.

In universities like the University of Ilorin (UNILORIN), Usman Danfodio University (UDUS), and Ahmadu Bello University Zaria (ABU), campus journalism is doing great because of the utmost recognition given to them by the University management.

Finally, as a campus journalist, you must learn how to report facts, nothing but fact, as nobody will give the ghost to threaten you when you do what you have to do rightly.

So, journalism is a selfless service and, when practiced appropriately, can correct the wrongs, tell the people what to do, how to do it, and when to do it.

Fatima Usman is a 300 level student of mass communication, IBB University, Lapai. She can be reached via usmanfatima499@gmail.com.

In appreciation of Sergio Agüero

Messi: He came, he saw and he conquered