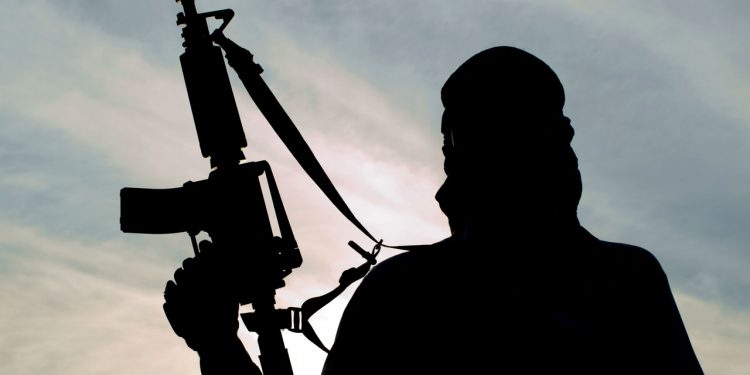 Bandits raided a military base in the Shinfida community, Jibia Local Government Area, Katsina State, killing one soldier and an official of the Nigeria Security and Civil Defence Corps (NSCDC).

By 10 p.m. Tuesday, the bandits were said to have stormed the base, shooting indiscriminately.

During the attack, they set fire to two patrol vehicles and utilized another patrol vehicle to transport food from nearby villages.

DSC Muhammad Abdara, a spokeswoman for the NSCDC in the state, verified the attack and the number of people killed.

According to reports, the officers who were shot died instantaneously, while those who sustained gunshot wounds were being treated at an unidentified hospital.

“The terrorists attacked the military base located within Government Day Secondary School Shinfida last Tuesday. They killed one soldier and one NSCDC officer on the spot and left many others injured.

“They attacked the military base on their motorcycles. Despite the efforts of the military personnel, the terrorists killed the two victims and set ablaze two patrol vehicles and drove away one with food items stolen from neighbouring villages,” the source was quoted as saying.