Bauchi State and politics of deforestation 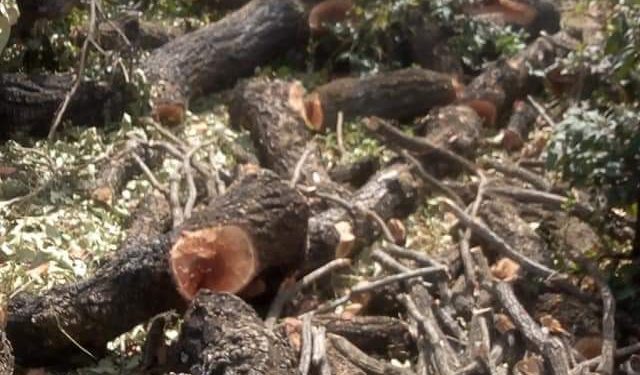 Recently, a committee was inaugurated by the Bauchi State Governor, Dr. Bala Abdulkadir Mohammad to implement the Government’s White Paper on the report of administrative committee on land use abuse, illegal allocation and farmers and herders clashes in local government areas of the state.

This news, to some extent, soothed our hearts that have been burning helplessly for several months because of the impunity and lawlessness being perpetrated by government officials and politicians in our local governments which endangered everybody’s life in the State.

The scandalous sale and allocation of the historic Lame-Burra Game Reserve and Burra-Tamba Grazing Reserve by a group secretly formed by local government officials and local politicians is the heaviest blow we have ever suffered as community and environmental activists.

About two decades ago when we started our activism to protect our forests and reserves against deforestation and other harmful activities so as to avoid environmental disasters and other negative effects, we thought by now, the problem of deforestation in our area would have been reduced or eliminated completely.

Unknown to us that the menace would not only grow beyond our capacity but would reach the level that even the forests and its components would be put to sale by people who have the mandate of protecting them.

The Lame/Burra Game Reserve, which covers about 2,351.92 km2, is situated in Toro and Ningi Local Governments Area and the second largest after Yankari Game Reserve. The area was designated for nature reserve and maintenance of a natural habitats.

One will never expect that this Game Reserve being one of the greatest treasures and tourism attraction sites of the State will be carelessly managed and left to the hands of local politicians who subsequently decided to sell it to the highest bidders.

The intensive atrocity against our environment started after the local government election last year. The new local government officials and some local politicians set up the so called anti deforestation committees that masqueraded as tax collection outfit to collect monies from loggers.

Motivated by greed and the huge amount money they generated without hitches, the local government officials, local politicians and a certain bureaucracy of our traditional institution decided that more money would come if they allocate some of the forest reserves in the local government to themselves, cronies and any interested buyer. They immediately commenced their grand plan with unbundling and allocation of farmlands in the famous Burra-Tamba Grazing Reserve which is under the control of Ningi Local Government Council. The Reserve is located along Burra-Ningi road and used to be the beautiful forest with beautiful landscape and topography that welcome and attract travellers to Burra. Trees and other plantations were cleared, loggers and charcoal producers dominated the Reserve.

Their next grand plan was to sell out the Ningi Local Government’s portion of Lame-Burra Game Reserve to people but unlike the grazing reserve, it is under the control of the State Government, thus they don’t have its absolute control, but they hatched a plan. They formed a herders and farmers peace forum and made some religious and PDP leaders, Fulani leaders, farmers and politicians as members. The Forum voted some millions of naira and visited a certain Director in the ministry supervising the Game Reserve. They presented a request for allocation of the Reserve to farmers because it became hideout of criminals. They also claimed that the Toro Local Government’s portion of the Reserve has already been allocated to farmers and the Ningi portion is being encroached by the people of Toro.

The Director reportedly gave them approval to sell out the Reserve. Allocation commenced in which they started with collection of two hundred thousand naira and one hundred and fifty naira from farmers for allocation of farmlands. They also allocated hundreds of hectres of farmlands to themselves, politicians, traditional institutions and some notable individuals. When the news of the allocation spread, people from far and near trooped to the Forum for allocation. The price skyrocketed to one and two millions for allocation because Fulani herders from Zamfara, Sokoto, Katsina, Kaduna, Kano, Plateau and many states saw opportunity in acquiring the Reserve. In a short period of time the Forum generated millions of Naira. Loggers from all parts of the country trooped to the former former Game Reserve and up to today, the Reserve is the new mecca for charcoal, timber and firewood.

What is more dangerous in the activities of this Forum is that they don’t care about the profile of these herders coming from far and near to buy land in the Reserve. All they care was the money. It is alleged that many fleeing bandits and kidnappers from Zamfara and Katsina used proxies and relatives to buy farmlands in the Reserve.

Environmental activists and community leaders alarmed the government on the scandal and dangerous trend in the local government which is capable of plunging the State into serious security and environmental disaster. These local politicians would politicize any move to stop these activities and this slowed down any reasonable action from the Government.

Whenever an attempt is made to stop the atrocities, they would take bags of money and see the people at the top. It reached a level that these people have bribed almost every individual or institution we think we could get help. Also all attempts by some officials from the State to visit Burra and see the situation would be blocked in Ningi by the local government officials and certain bureaucracy of the traditional institution.

The District Head of Burra Alhaji Ya’u Shehu Abubakar has been the greatest force in the fight against deforestation but he is lone in the fight thus he watched them helplessly. Knowing that he was the major threat in their deforestation and farmlands allocation business, the local government officials connived and got him suspended from office. They used politics and other administrative tactics to hang him. The suspension of Sarkin Burra aided the smooth running of their atrocities up to today because the fear of Sarkin Burra has been one of the major factors that protected our forests from being destroyed for many years.

Later the State Government cancelled all the allocations in the reserves and set up a committee to investigate. But this didn’t stop the atrocities. They paused on the allocation and concentrate on logging and massive production of charcoal from the Reserve. Logging is now business of the day in all forests of Burra. This continue to fetch them money in which they use to carryout out some personal and political activities.

It’s obvious that local politicians see our forests as political bounties. Whenever an election is held, the target of the members of the winning party is to take control of forests and reserves in their communities. This twist of politics started more than a decade ago but worsened from 2020 to date.

The 2020 local government election in Bauchi State has produced set of leaders and officials who have strong desire to accumulate wealth by hook or by crook, to live a flamboyant life and to prepare for 2023 election in which many of them are nursing ambition. Because there is little money to steal from the local government treasury, the officials and local politicians with connivance of traditional institutions resorted to logging, illegal allocation of lands and forest reserves and other sharp practices. The legacies that stood the test of time are being destroyed by these local politicians.

Nobody will think that after many actions taken by Governor Bala Mohammad against the then caretaker chairmen of Ningi, Darazo and Misau as well as some traditional rulers on their involvement in deforestation and farmers and herders clashes, there will be any local government official or traditional ruler that will support or take part in these nefarious activities. But the crop of leaders and politicians we have at the local governments are doing more atrocities to the reserves and the environment and fueling more ill feeling and chaos among farmers and herders.

Most government officials and local politicians don’t share the vision of the present administration in protecting the environment and preventing farmers and herders clashes and it is clear that the warnings and policy pronouncements by Governor Bala Mohammad are falling into their deaf ears.

The DIG Sani Muhammad led White Paper implementation Committee has a lot of work to do in investigating the institutionalized destruction of forest reserves in the State. Many big names in local governments are involved. The magnitude of the negative effects of these activities should be great thing of concern for any patriotic son of the State. Thus they should spare no one in their task.

I am also of the view that after punishing all people found wanting in these atrocities against the State, Government should come up with workable policy about all forest reserves in the State with a view to protecting and strengthening them for the optimal benefits of the State.

From Proliferating Worship Places to Empowering Worshippers: A Reflection on Philanthropic Reprioritization in Nigeria (I)

From Proliferating Worship Places to Empowering Worshippers: A Reflection on Philanthropic Reprioritization in Nigeria (II)

From Proliferating Worship Places to Empowering Worshippers: A Reflection on Philanthropic Reprioritization in Nigeria (II)

On the culture of disrespect and disregard for term limits