Do you need a police permit to hold a protest in Nigeria? 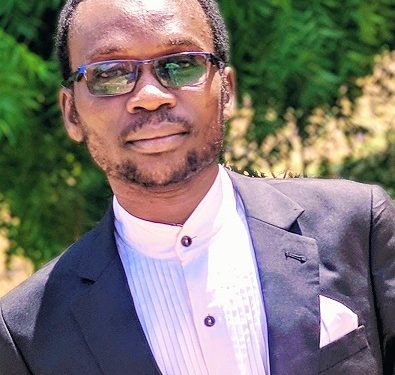 For a start, protest is something that you do to show publicly that you think something is wrong and unfair. Protest is an expression of disapproval; it’s done in different forms and on any day; it can be verbal or physical or via social media. In a democratic society like Nigeria, protest is an effective and legitimate tool, usually the only tool, that citizens can use to express their displeasure concerning some government measures or policies publicly. For example, when the government fails to discharge its duties, the citizens can hit the streets to register their grievances against the government. The nagging question, which this article sets out to answer, is: must people get a permit from a state governor or the Police Commissioner before convening a protest?

The Constitution of the Federal Republic of Nigeria, 1999 (as amended), is the fundamental law of the land. It is the law on top of which there is no other law. It is over and above any law, body or authority. It has been aptly submitted that the Constitution of any country, and don’t forget Nigeria is still a country, is the embodiment of what the people desire to be their guiding light in governance – their supreme law – the “grundnorm” of all their laws.

Section 39 and Section 40 of the 1999 Constitution provide for the Right to Freedom of Expression and the Right to Freedom of Association and Peaceful Assembly, respectively: merging these two Sections gives us the Right to Protest. In the light of the foregoing, it is safe to submit that Right to Protest is a Fundamental Human Right that is clearly guaranteed and enshrined by the 1999 Constitution. Hence it cannot be restricted by anybody, including the DSS or the Police, or rather particularly the DSS or the Police. It is only the Constitution that can restrict that Right.

Before 2005, there was one undemocratic federal law (Act) that was dripping with dictatorship and some leftovers of colonialism mentality, the Public Order Act. The Law (Act) was initially promulgated as the Public Order Decree 5 Of 1979, and it later became an Act of the National Assembly under Section 274 of the 1979 Constitution. Sections 1 (2) (3) (4) (5) (6), 2, 3 and 4 of the Act required intending protesters to get a permit from the Governor (he can delegate the powers to the Commissioner of Police) of the state where the protest is to be held before they can protest. When the Governor, or the Commissioner of Police as the case may be, thinks that the protest is likely to disrupt public order, he can refuse to issue the permit.

However,  in the celebrated case of IGP v. ANPP (2008) 12 NWLR 65 when Malam General Muhammadu Buhari (as he then was) and his then political party, the ANPP, lost the presidential election in 2003 to Olusegun Obasanjo, requested the Inspector General of Police (IGP) by a letter dated 21st May 2004, to issue police permits to their members to hold unity rally throughout the country to protest the alleged rigging of the 2003 election. The request was refused.

General Buhari and the rest of them organised the rally without the permits. As a result, there was a violent disruption of the rally organised in Kano on 22nd September 2003, on the ground that no police permit was obtained as required by the Public Order Act. The Federal High Court invalidated the provisions of the Act that required a Police permit before a protest is staged on the ground of their being inconsistent with the provisions of the Constitution, particularly Section 39 and 40, and Article 11 of the African Charter on Human and People’s Rights ( Reification and Enforcement) Act, Cap. 10, Laws of the Federal Republic of Nigeria, 1990.

“Police permit has outlived its usefulness, statutes requiring such permits for peaceful demonstrations, processions and rallies are things of the past. Police permits is the brainchild  of [the] colonial era and ought not to remain in our statute books.”

That was how the Court sent those unconstitutional provisions of the Public Order Act to their eternal grave. By the way, it may interest you to know that by virtue of Section 83 (4) of the Police Establishment Act, 2020, where a person or an organisation CHOOSES to notify the police of his or its intention to hold a public meeting, rally or a procession on a public highway, the police officer responsible for the area where the rally will take place shall mobilise personnel to provide security for the rally! The police or the DSS have no powers whatsoever to stop or restrict the Fundamental Right of Nigerians to freedom of expression and assembly once those rights are exercised within the ambit of the law.

As the law stands today, no police permit is required before staging a protest in Nigeria. The right to protest is a Fundamental Human Right given by the Constitution, which cannot be taken away or restricted except in accordance with the provisions of the Constitution.

Rabiu Muhammad Gama is a Law student from Bayero University, Kano (BUK). He can be reached on 09061912994 or via rabiuminuwa327@gmail.com.

Letter to late Sir Ahmadu Bello, the Sardauna of Sokoto and Premier of the defunct Northern Region

Letter to late Sir Ahmadu Bello, the Sardauna of Sokoto and Premier of the defunct Northern Region