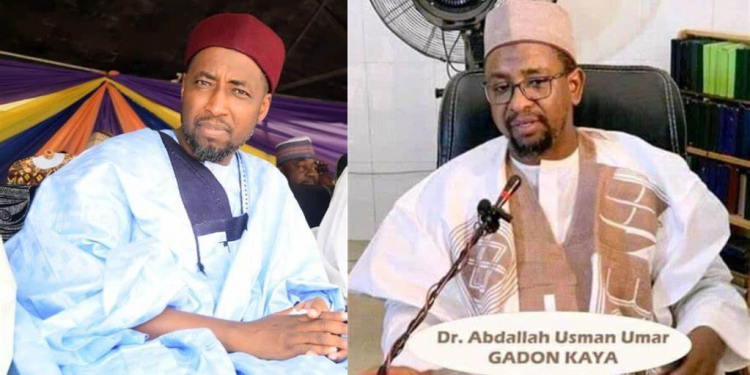 The Daily Reality reported on September 1, 2021, that Dr Gadon Kaya’s lawyers had yet to receive any formal request to withdraw the lawsuit as of then. Instead, according to Barrister Ibrahim Umar Abere, all they saw was Prof. Maqari’s viral video alleging that he was compelled to withdraw it.

However, after appearing at the court today (6/9/2021) to defend their client, they got an official request from Prof. Maqari’s lawyers wherein the plaintiff withdrew the lawsuit in pursuit of peace.

Reacting to the reports that the defendant and his lawyers were preparing to file a counterclaim, Barrister Abdulrazak Kabiru Kofa said they had also shelved that plan. He cited a Quranic verse that says, “Peace is best” (4:128).

Recall that on July 23, 2021, Dr Abdallah Uthman Gadon-Kaya delivered a Friday sermon in a mosque in Kano State. That sermon did not go down well with Prof. Ibrahim Maqari. Thus, he appeared in a video warning Dr Abdallah to withdraw parts of the statement or meet him in court, which he eventually did.

The court order showed the case was due for hearing on September 6, 2021. Maqari demanded that Gadon Kaya retract the said statements, publish an apology in national dailies or pay the N20 million in damages.

Can Sheikh Pantami be a professor now?

Insecurity and the guilt of the masses

Insecurity and the guilt of the masses

Can your children compete locally…and globally?