by Aisar Fagge
in Local
0 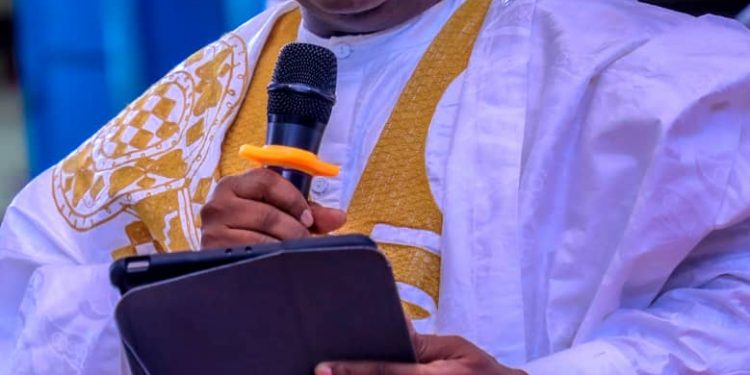 Adamu speaking at the Coronation Lecture of his highness, the emir of Kano, Alhaji Aminu Ado Bayero, which Kano Emirate Council organized in conjunction with the Bayero University, Kano held at the Convocation Arena of BUK on Thursday, July 1, 2021.

While delivering his paper titled “Kano Emirate: Yesterday, Today and Tomorrow”, Prof. Abdalla Uba Adamu argued that “Of all the grand emirates of northern Nigeria, none has the spectacular and expansive history and cultural anthropology recorded like the emirate, now the emirates of old Kano.”

In the historiography of Kano, Adamu traced that “Kano was founded in the 7th century by a group of wandering blacksmith seeking for iron ore from Gaya Town.” The versatile scholar used the typology of urban cultures developed by Fox (1977).

Despite its greatness, Adamu lamented the increase in crimes and other social vices in Kano, adding that “these are the characteristics of any prosperous urban state.”

In his welcome address, the Vice-Chancellor of Bayero University, Prof. Sagir Adamu Abbas, said that it was a privilege to choose the University to host this maiden lecture. “It was a wise decision to introduce a public lecture into the activities of the coronation as it signals [a] new archetype in the affairs of Kano Emirate Council.”

Abbas commended the decision of the Kano State Government to formalize the Coronation of Sarkin Kano as that “demonstrates love and commitment towards ensuring a stable society and hopes Sarki Aminu Ado will use this opportunity to move Kano and the traditional institution to greater heights.”

Also speaking, the chairman of the occasion, His Eminence, The Sultan of Sokoto, Alhaji Muhammad Sa’ad Abubakar, reminded the audience of the significance of traditional leaders as the custodian of cultural heritage.

In his remark, His Royal Highness, Alhaji Dr Aminu Ado Bayero, the emir of Kano and the 15th Fulani ruling amir, described the relationship between Kano Emirate and Bayero University as that of “hanta da jini” [blood and liver]. Being a former student of Bayero University, mass communication programme, Sarki Aminu was delighted to see his former teacher, Prof. Cecil Blake, in the audience.

In his speech, the Executive Governor of Kano State, His Excellency, Dr Abdullahi Umar Ganduje, said the title of the paper presented by Prof. Adamu “is apt.” Ganduje expressed happiness with the current peace in Kano State when many northern states are fighting insecurity.

The event was attended by many politicians, academics, business people, traditional and religious leaders from and outside Kano State.

By Ahmad Deedat Zakari The Kaduna State Government has banned all forms of religious protests in the state. The State...