by Admin
in News, Politics
0 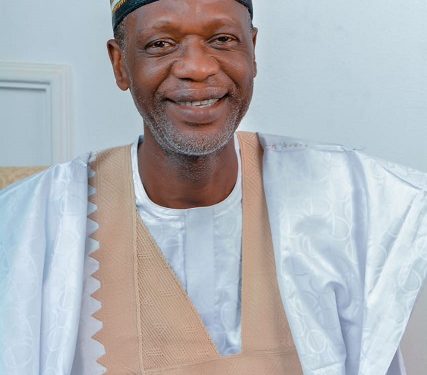 As the 2023 elections draw near, the two big parties, the ruling All Progressives Congress (APC) and the Peoples’ Democratic Party (PDP), parade several contenders for the Kaduna South Senatorial seat.

Being one of the strongest senatorial zones for the PDP since 1999, the aspiration of APC bigwigs from the zone is challenging PDP’s dominance. As a result, political pundits opined that next year’s senatorial election in the zone will be a fierce contest between PDP and APC.

For the APC, political observers believe that the expression of interest of Honourable Bulus Banquo Audu is receiving a massive boost in the zone. He’s believed to be one of the most experienced and most politically savvy APC politicians in Southern Kaduna that could defeat other contestants and amass votes for APC in the forthcoming election.

As a grassroot politician, Bulus played a critical role when APC won the seat of member House of Representatives in Kachia/Kagarko Constituency in 2019. Recently, his political influence paved the way for a more remarkable outcome for APC in the last local government elections. He wields enormous influence among the Christian communities in the zone.

Investigations revealed that the recent mass defection of members of the PDP to APC in the zone is not unconnected with Hon. Bulus’ senatorial ambition. One major determinant of which party wins an elective position at the end of the day is the choice of the party candidate. With the changing political atmosphere in Southern Kaduna, any party that makes the mistake of presenting a weak candidate or person with questionable character will undoubtedly lose the election.

Revenue is not a substitute for healthy environment, let’s tell Baba Ganduje

Islamiyya System: A perfect replacement for the archaic Almajiri system