by Admin
in National, News
0 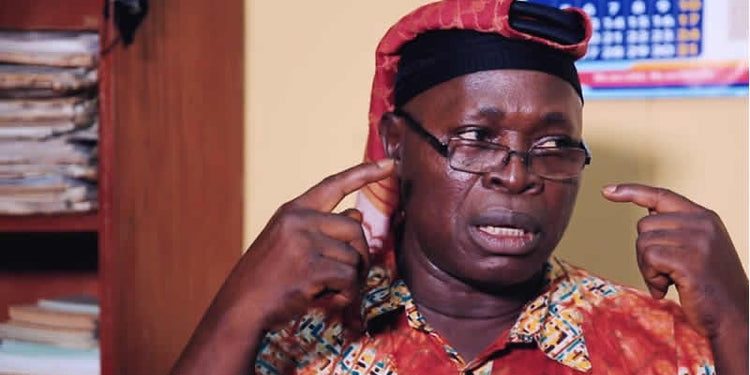 Nigerian Muslims have been advised to get their voters’ cards in readiness for the 2023 general elections. The advice was given by an Islamic human rights organization, the Muslim Rights Concern (MURIC), in a Salah message issued on Sunday, 1st May 2022 by the chairman of the group in Sokoto State, Barrister Muhammad Mansur Aliyu.

“Nigerian Muslims will join billions of their brethren in celebrating the end of the 1443 (2022) Ramadan season on Monday, 2nd May 2022. We felicitate with President Muhammadu Buhari, Senate President Ahmed Lawan and the Speaker of the House of Representatives, Femi Gbajabiamila.

Barrister Muhammad Mansur Aliyu also paid homage to the leader of all Nigerian Muslims, the Sultan of Sokoto.

He said, “We also congratulate the leader of all Nigerian Muslims, the Sultan of Sokoto and President-General, Nigerian Supreme Council for Islamic Affairs (NSCIA), Alhaji (Dr.) Muhammad Sa’ad Abubakar, on the occasion of this year’s Id al-Fitr.

“MURIC reminds Nigerian Muslims of their civic responsibility of participating in all aspects of political activities in the country particularly as we prepare for the 2023 general elections. We lay emphasis on the need for every Muslim to collect his or her voter’s card in order to be eligible for voting. No amount of sacrifice is too much for this important civic duty.

“Muslims must not shun politics if they want to be liberated from the current spate of stigmatization, marginalization and impoverishment. We warn that Muslims who fail to obtain their voters’ cards have voted for bad rulers and Muslim haters whose main preoccupation is to persecute and oppress Muslims.

“Apart from obtaining their voters’ cards, Muslims must ensure that they participate in all political activities which will take place between now and the election period, including waiting patiently to cast their votes on election day.

Barrister Muhammad Mansur Aliyu had a word for South West Muslims: “Our brothers in the South who are facing persecution on a daily basis must allow their number to count by ensuring that they obtain their voters’ cards. Muslims constitute the majority in a place like the South West but unfortunately, they are still facing oppression today because they have not been leveraging on their majority status.

“The opportunity has now come. Go all out and get your voter’s card. Your voters’ card is your weapon of liberation. A majority population that fails to vote is, technically speaking, a minority. We, therefore, urge you to spare no efforts in getting your voters’ cards in readiness for the 2023 general election.

“We are looking forward to an election that will reveal the true picture in the region. A majority of people that has been turned into a minority due to their apathy for politics must wake up from their deep slumber. We must stop the stereotyping, the segregation, the religious apartheid and the hijab paranoia.

“We must stop the practice of denying jobs to qualified Muslims and their political marginalization. The time to do it is now. Political power will change the narrative and the popular vote is the only legitimate tool for obtaining political power in a true democracy. Your vote shall make you free.”

Taraba at 30: Unflinching march to greatness

Tips on reciting the whole Qur’ān in Ramadan