Abba Kyari forced me to accept being a kidnapper, Evans tells court 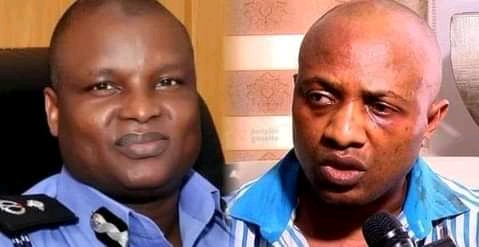 The alleged kidnap Kingpin, Chukwudimeme Onwuamadike, alias Evans, said his confession was obtained under duress and threat to his family by the embattled suspended Deputy Commissioner of Police, Abba Kyari and his team.

Speaking during his hearing at Ikeja Special Offences Court on February 4, 2022, Evans made the allegations against the suspended police chief.

Evans said, “One day at the IG Guest House, the police brought some documents and asked me to sign. I asked what the documents were for, but they didn’t answer me. They said if I didn’t cooperate with them they would kill me.

They killed about six persons in my presence and I signed the document, I was not allowed to read it. I think it is the document that was used to bring me to court.”

He was also asked why he was looking undisturbed and he said, “The police told me to laugh and smile in the video. You do not know what I encountered in the hands of Abba Kyari and his boys. My eyes saw hell.”

Evans is presently standing trial on a four-count charge of kidnapping and unlawful possession of firearms alongside a dismissed soldier, Victor Aduba.

The case has been adjourned until March 11 for the continuation of the trial.

A letter to my Fulani brothers and sisters

A letter to my Fulani brothers and sisters

I’ll move him and his parents to Abuja, get best private school, then US – CEO Ronchess Global Resources