by Admin
in Entertainment, Kannywood, Opinion
2 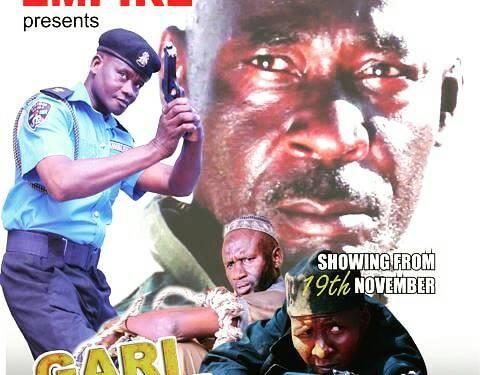 Most of the criticisms around Kannywood are rooted in its personnels’ attitude towards filmmaking. They seem to focus on irrelevant, modern love stories, neglecting serious topics. Their films are therefore accused of cultural aberration and promoting moral decadence. However, as the criticisms became louder, a production company, Islamic Film Empire, came to change the narrative with its movie titled Gari Guda.

Set in Northwestern Nigeria, Gari Guda explores social vices like banditry and kidnappings that bedevil the region. It commences with a scene of a bandit attack on a village, where they kidnap many people, including its Chief Imam, and take them to their hideout in Dunguru Forest.

There is Abdul (played by Musa Lawal) on another side. He is a family man who, after losing his job, becomes bankrupt and cannot cater for them. His fruitless search for another job gets him increasingly frustrated with life, and he decides to end it all. He goes far away to Dunguru for the execution but eventually finds himself in the bandits’ camp. However, after hearing his story, their kingpin, Jalo (played by Ibrahim Hassan), asks him to work as their cyber-man.

Would Abdul accept the offer or turn it down? Find out in the cinemas!

Gari Guda is, indeed, a powerful film, not only for dealing with a pressing issue but for doing that effectively. It is shot in suitable locations that perfectly capture Northern Nigeria’s ecology. This makes it a realistic portrayal of the region and its current condition.

The film is a socio-political critique of the Northern political elites. It depicts their abuse of power as the posits that as the primary cause of the terrible mess the region faces. This is suggested when Jalo tells Abdul that he holds an LL.B degree, and his inability to afford “Law School” makes him resort to kidnapping. The intention of Abdul to commit suicide also reiterates the misconducts unemployed citizens could engage in.

The film is, in addition, overtly didactic. Its portrayal of Abdul, who encounters troubles for throwing his parents away, clearly symbolizes the consequence of parental disobedience. There are also many instances where the director incorporates moral teaching into the dialogue. I salute him for the job well done, together with all the cast and crew members.

Nonetheless, the film’s plot progresses too slowly. And while some scenes are lengthy with unnecessary details, some important points are missed. For example, what transpired with the people kidnapped at the beginning remains unknown. The director also fails to strike a balance between education and entertainment. Except for Abdul’s comical father character, there is no comic relief – something to allow the audience to recover from the tensions and excessive gunshots – in the film.

In conclusion, Gari Guda enlightens and educates. It is typical of what you would expect from the “Islamic Film Empire”. Therefore, I recommend it for the serious-minded—rating 3/5.

The Abduljabbar Saga: Where he got it wrong – Prof. Yakubu Azare