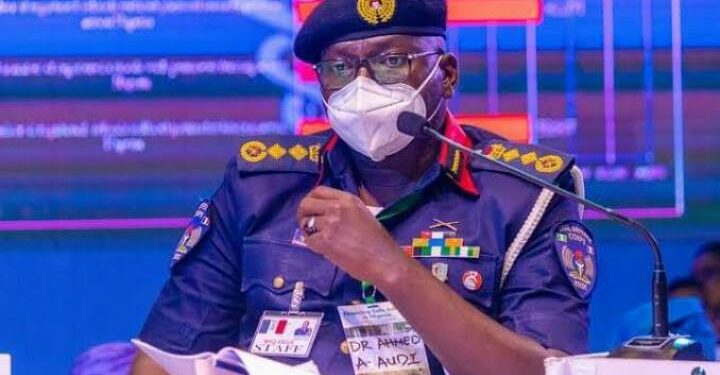 While commiserating with the recent attack which claimed the lives of two members of the Joint Task Force and one police officer by bandits in Zamfara, the Commandant General, Nigeria Security and Civil Defence Corps (NSCDC), Ahmed Abubakar Audi, has advocated for a new approach to putting an end to banditry in the country.

A statement signed by the Director of Public Relations of the Corps, Olusola Odumosu, disclosed this, adding that the attack, which happened in Shinkafi, along Kauran Namoda road in Zamfara State, is not only condemnable but callous, despicable and inhuman.

While reacting to the incident, however, Audi appealed to the public members to be vigilant, security conscious, and promptly assist security agencies with credible information that will help them put the lingering issue of insecurity to an end.

He also ascertained that Corps would not rest in their efforts until they eradicate banditry, kidnapping and insurgency, among others, through concerted efforts of well-trained personnel, the introduction of more training programs and innovative strategies.

Moreover, Audi commiserated with the families and friends of those who had lost their loved ones in the bloody attack.