Can Sheikh Pantami be a professor now?

by Admin
in Opinion
5 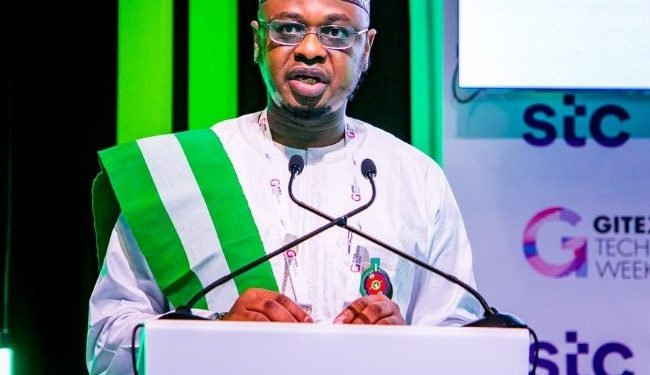 Allah knows I love and revere Shiekh Isa Ali Ibrahim Pantami – I prefer addressing him as Sheikh than Dr. I am not sure if the Sheikh can remember me or the encounter that brought our paths together. That encounter, however, left a lasting impression on me about him. Most of my friends, online and offline, know that I support and defend him in many issues, especially since he became a minister. This does not, in any way, mean I am looking for validation, acceptance or favour, from the learned Sheikh. I am also not a blind supporter.

Specific criteria qualify one to be a professor in Nigeria. They include obtaining a certain level of education, engagement in teaching, research and community service, and scholarship assessment. A doctorate is mostly a requirement, except for medical sciences who recognise a professional fellowship. According to each university’s Condition of Service, teaching for some years, including engagement in other academic activities such as supervision, are part of the process.

Community services refer to both academic and non-academic positions held (such as Head of Department, Dean, Director, etc.). A professorial candidate must also present his scholarly works, which relevant scholars in the field will assess. Candidate’s works are usually submitted to three people, and they can only be promoted to the professor rank if at least two out of the three recommend that.

Active service is another crucial component for promotion to the rank of professor. One must be actively teaching in a university at the time of their promotion. Another option is at the point of appointment from one university to another. If a person presents proof indicating he meets the requirement for a professorial chair in a university they are applying for a job, the committee responsible for his appointment has the prerogative to appoint him with a rank of professor even if he was not a professor in the previous institution he was working.

Therefore, looking at the above criteria, it is improbable for Sheikh Pantami to become a professor in his current circumstances. He is currently a minister of the Federal Republic of Nigeria. Part of the conditions of his appointment as the minister is that he had to take an unpaid leave from the university he was working for in KSA. This shows that he is not in “active service” with an institution of learning.

The purported reports about his promotion to the rank of professor say that it is a university in Nigeria (Owerri to be specific) that promoted him. This is very unlikely because the university cannot promote someone that is not its staff. Obviously, Sheikh Pantami is not a staff of that university. Since there is no “honourary professorship,” like a doctorate, we can conclude that the university has no power to do that. Though in Nigeria, anything is possible.

This, however, does mean Sheikh Pantami will not be a professor in the future. There are countless examples of academics who joined public service at some point in their lives and later went back to academia to become professors.

For now, we can only wish Sheikh Pantami more enviable successes as a minister, a safe landing and a prosperous academic future.

Idris Hamza Yana is a Doctoral Researcher at the University of Exeter, United Kingdom. His social media handles are: