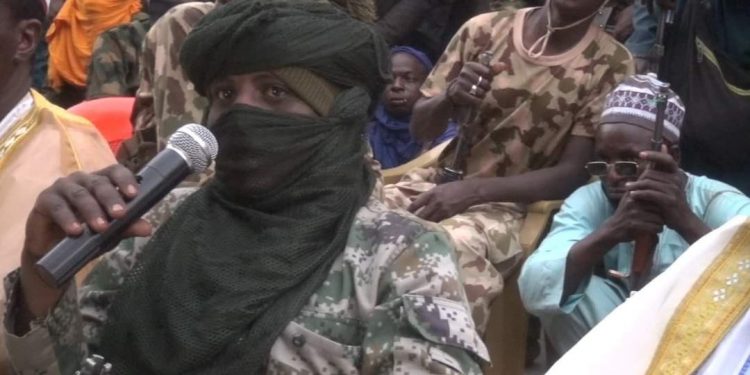 The photo is for illustration only.

The Nigeria Police Force, in conjunction with local vigilantes, has on Monday succeeded in killing an infamous bandits’ leader in Niger State.

According to some media reports, the bandits’ leader, identified as Jauro Daji, was killed alongside other members loyal to him in the Kontagora axis of the State.

“It was the combined team of policemen and local vigilantes that killed Jauro Daji and score of his bandits who were on a mission to abduct innocent persons at a village.

“The notorious Jauro Daji who is suspected to be involved in attacks on villages and schools led other armed bandits in large numbers on motorcycles.

“We have recruited the services of local divers to retrieve the weapons some bandits who escaped with their corpses threw into the river,” an intelligence source told PRNigeria.

Niger State has also recently been badly hit by bandits’ incessant attacks, which saw many people killed and students in their hundred kidnapped.

The misfortune of Tsangaya students in Nigeria

The misfortune of Tsangaya students in Nigeria

Designing a New Nigeria: On governance and cultural considerations