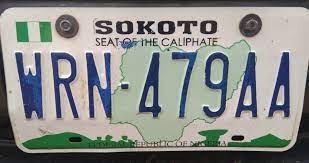 The Federal Government of Nigeria increases the price of Drivers License and Number Plates on the vehicle owners in Nigeria.

A statement from the Joint Tax Board obtained by TDR states that a drivers license of three years duration would now be obtained at the rate of N10,000 as against its previous price of N6,000. This excludes bank charges. Drivers license for five years is now N15,000 from its former price of N10,000 while motorcycle/tricycle driving license (with three years validity) goes for N5,000 from N3,000 while the one for five years will now be N8,000 from N5,000.

Out of series number plate has also been revised to N50,000 from N40,000 while government fancy number plate is N20,000 against the former N15,000 rate. The decision for the increment was taken at the 147th meeting of the JTB, which was held in Kaduna on March 25.

A letter by the JTB titled ‘Implementation of the revised rates for vehicles number plates and driver’s licence in Nigeria’, dated July 30, 2021, and signed by the board secretary, Obomeghfe Nana-Aisha, has directed various federal and state agencies to commence the implementation of the rates.

“You may wish to recall that at the 147th meeting of the Joint Tax Board held in Kaduna, Kaduna State on March 25, 2021, the board approved revised rates for the sale of vehicle number plates and driving licence in line with the recommendations of Appraisal and Technical Committee of the JTB.

In the light of the foregoing, we wish to inform you that the Chairman, JTB, has approved Thursday, August 1, 2021, as the commencement date for the implementation of the new rates.”

Skills Beyond School (I)

Skills Beyond School (I)

Connecting the unconnected: How CITAD is bridging digital divide in Northern Nigeria