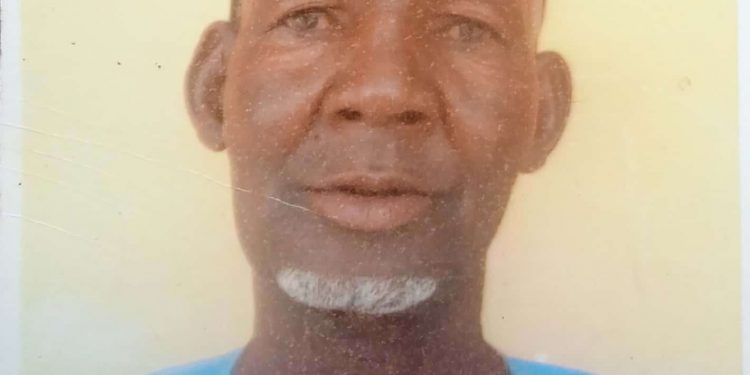 I am writing this piece with too much pain, tears and sadness. The year 2020 will forever be remembered for the multiple calamities which have befallen humanity and the entire world. Ranging from the global Covid-19 pandemic to the economic meltdown and the mass deaths or the mysterious death as it was popularly called here in Kano. To people like me, though it affected many as well, the last was the most miserable. Mine was an unquantifiable and immeasurable sadness.

In 2020, I lost my beloved parents, relatives, friends, and teachers, including Baffa Malam Lawan, Malam Mamuda S/Fulani, Malam Ayuba, Maryama and Professor Haruna Wakili. My father, Abdulmutallib or Abdulmuɗallabi, as a native Hausa, prefers to pronounce it. Since birth, most people called him Danladi because he was born on Sunday, and this is traditionally known among the Hausa people.

As we called him, Baffa died on 9th August 2020 (19th Dhul Hijjah 1442 A.H.). His death did not come as a surprise to us due to his lingering health condition, which he dutifully managed for about a decade. I can still vividly remember how he died before me! It was around 7:00 pm when Dr Sa’adah of the emergency unit of Aminu Kano Teaching Hospital, Kano, confirmed to us that he was dead. We could only recite Innalillahi wa inna ilaihiraji’un – to Allah we belong, and to Him we shall all return – amidst a pool of tears. I managed to drive the car but in a very horrible condition. We refused to inform other members of the family of the sad news of what had happened. But by the time we arrived home, it was only crying and prayers all over. They have already heard it somewhere.

It was indeed a tough moment, not only for the immediate family but for many people around us. Baffa was not just a father to us but also a father to many people in our community. To me, he was not only a father, but he was my best “friend”! we spent most of our time together. Although I am not the last born, I am the last to survive; thus, I occupied the exalted position of “last born” (Dan Auta) by default. This development made me very close and endeared to him, especially in the last two decades. Whenever at home, we mostly live together.

As a child, he used to share with me his experiences as a lucky orphan. His father – my grandfather – Yusuf, died when he was a child. He inculcated in me a passion for history. Perhaps that could have been part of why I developed the interest to study History instead of my earlier favourite course, Mass Communication. My passion for knowing the past made me live and stay, in many cases, with elderly persons. I can still remember that during my National Youth Service (NYSC) at Potiskum in Yobe state, I mostly stayed with people above my age. Baffa also shared with me his experiences in farming and later as a junior staff of Kano State Water Resources and Engineering Construction Agency (WRECA). He was later transferred to Dawakin Tofa Local Government. He told me how they contributed to water supply, especially in the rural communities that were in dire need of it then. Interestingly, I later developed an interest in the history of water and electricity supply, which became my PhD research topic at Ahmadu Bello University, Zaria.

Despite my age and little experience, I became his chief adviser and treasurer. After he retired from civil service, he authorized me to be the signatory to his bank account.

As I was struggling to cope with the devastating situation of his demise, the sudden death of our mother occurred. She died on the 18th December 2020 (3rd Jumadal-Ula 1442 A.H.). It was around 1:25 am when my older brother Adamu (Danjuma) knocked at my door, informing me that she was in a critical condition that required prompt medical attention. We quickly rushed her to a hospital. However, she died a few minutes before reaching the hospital around 2:15 am. As usual, we could only recite Innalillahi wa inna ilaihiraji’un. You can imagine the situation. Returning home, it was just crying all over from family members and other people around that woke up at that time. Her death came with great surprise as she did not show any symptoms of illness.

After her death, it became clear that I have lost the dearest people in my life. However, I quickly consoled myself by remembering that even my father was an orphan. Above all, the greatest man in the history of this world, Prophet Muhammad (may the peace and blessings of Allah be with him), was an orphan.

Certainly, life will never be the same without them. But as a believer, I am very much sure that there is wisdom behind God’s decisions. And every soul must taste the pain of death.

I will not say much about their sterling qualities; it is a topic for another day. However, it is evident from the people’s testimony that they lived fulfilled lives worthy of emulation. My major worry is that I have lost their guidance, advice, support and constant prayers. The greatest responsibility before me now is how to uphold their good legacies.

May their souls rest in perfect peace, and may Aljannat al-Firdausi be their final home. May the Almighty Allah give us the fortitude to bear the irreparable losses, amen. And I wish to thank all for the condolences. May the Almighty God reward you richly.

Junaidu Danladi writes from the Department of History, Bayero University, Kano, Nigeria and can be reached at: jdanladi.his@buk.edu.ng.

We will review our intended industrial action—ASUU