Record-breaking temperatures kill hundreds of people in Canada, US

by Muhsin Ibrahim
in International
4 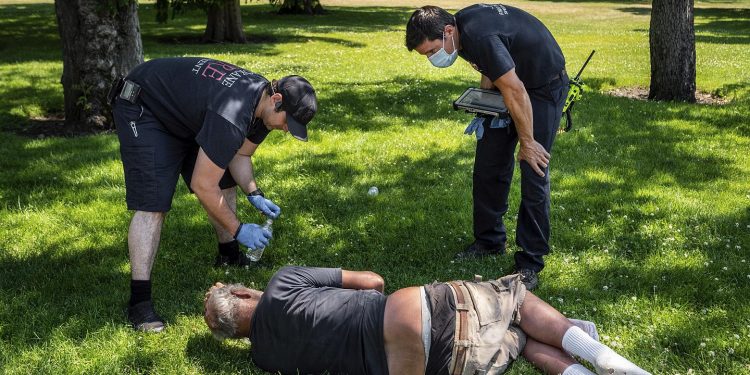 Record temperatures in British Columbia, Canada, and US cities, including Oregon, have resulted in the death of hundreds of people. The temperature reached up to 49.6°C (121.3F) on Sunday in parts of Canada, breaking a decades-old record.

The Oregon State Police said the state medical examiner’s office had received reports of 63 deaths. However, the heat is expected to subside by the weekend in most US cities.

The death toll is more devastating in Canada. According to a CNN report, at least 486 sudden deaths have been reported across the western coast of Canada near the US border.

“The 486 deaths currently entered represent a 195% increase over the approximately 165 deaths that would normally occur in the province over a five-day period,” British Columbia Chief Coroner Lisa Lapointe said in a statement.

Experts warn against associating this directly to the climate change the world witnesses. Others say the two are connected like lung cancer is to smoking. They added that other parts of the world, too, see unpredictable weather conditions.

So far this year, northern Nigeria has recorded a low rainfall. As most farmers depend on the rain in the region, they expressed concern over the situation. Nigeria may face a food shortage as a result.

By Uzair Adam Imam President Muhammadu Buhari will depart Abuja Thursday for United Arab Emirates (UAE) to commiserate with the...

By Ahmad Deedat Zakari The Ruler and President of the United Arab Emirates, Sheikh Khalifa Bin Zayed, is dead. The...

Aljazeera said Wednesday that Shireen Abu Akleh, a veteran journalist for the news network, was fatally shot by Israeli troops...

By Ahmad Deedat Zakari Haramain Sharifain reports on Saturday, April 30, that the crescent, which marks the end of the...