The reality of massive failure in Kano qualifying exam

by Admin
in Education, Opinion
5

This morning, I entered the pictured classroom in one of the most prominent and most prestigious government-owned secondary schools in Kano state. The classroom wasn’t ordinarily empty. It supposed to start at precisely 8 a.m. However, no single student was present. I stayed inside the classroom for nearly thirty minutes, but still, no one came. Then the first student came around 8:23 a.m.; the second at 8:28 a.m. The trend continued with a five-minute average gap, while most of the students did not come at all. These students have massively failed their qualifying examinations and are waiting for the mighty WACE and NECO final exams. I think they are staying at home to prepare for the real battle. Who knows?

The above is their routine. Most of the teachers complained that the students don’t usually come to attend the early morning classes. This is the new breeds’ culture towards education, or rather to say, how millennials are turned to be by their custodians – the parents, teachers, and government.

It isn’t only today; even yesterday, I entered another class around 8:05 a.m. I felt that I was late of five minutes, but to my dismay, I found only one student in the class. That miraculously present student was not there for his study, but only God-knows reason. Because, when I entered, I met him at the door, coming out of the class. I asked him, “where are you heading to?” he replied that he would soon return, as he wanted to take his books to another student. Unfortunately, his “coming back to the class” is still not witnessed by me, he vanished, and I didn’t see him until now.

I was shocked when I heard the percentage of students who pass WAEC and NECO. A government official explained the dilemma we are in during a radio programme. In response to the public outcry on the massive failure of the students, he said that only 17% passed and deserved the government’s sponsorship. The remaining 83% failed. If you look at the percentage in WAEC and NECO, the rate of failure is alarming. Going by the everyday happening, you can say that it is all failure.

These students are among the most privileged ones, having found themselves in that school. Of course, it is government-owned, but, compared to other schools, the school has better infrastructure. For instance, they have functional ceiling fans in some classrooms. They also have whiteboards, desks, etc. Even the class has tiles, and the place seems neatly arranged. I am not a faultfinder. I don’t know who is to blame for the students’ absenteeism while they are about to write their NECO or WAEC or both exams. They failed their previous exams, and they are about to write a more complex one. These are not ordinary students from a lower-level school; they are from a school that was said to be attended by one of the most respected emirs in Nigeria, ever. 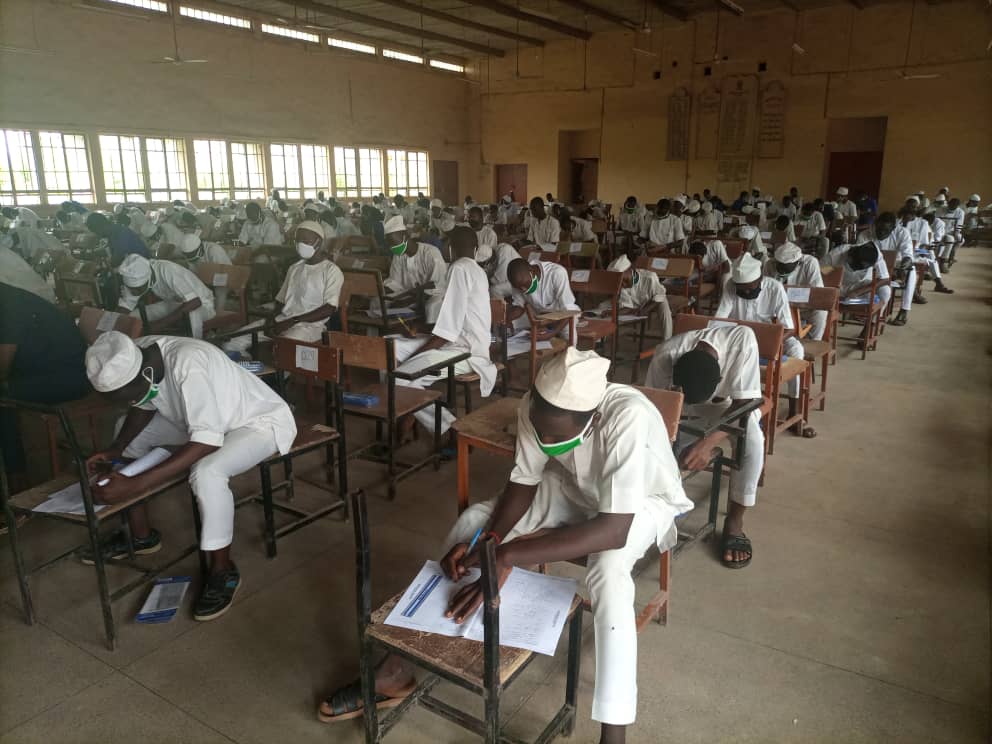 There are four primary schools of thought that are vehemently fighting each other to take complete control and responsibility of this decay. The first and famous one is that of those who believe that these students are the real source of the mess. They don’t come to the school on time. They ignore their teachers. Some of them hate their schools, teachers and education. Most of them are, to some extent, irreparably lazy. They don’t help in any manner to help in boosting and uplifting the standard of their welfare and education. My earlier submission can substantiate this that the students don’t come to school regularly.

Some of my students (those who later attended the class) told me that, in a class of 109 students, less than 20 students frequently come to the school on time. Equally, they testified that only three to four remain in the class before the final whistle out of the school. More than 15 out of the 20 abscond by climbing over the fence or directly go through the gate and run away. Some of them hide somewhere within the school premises and do what they like.

The students cannot speak English. The reading, writing and listening skills are not there even in their books because they don’t have the books. Although during our time, we used to mock some of our unserious classmates as “no reading, no writing, the idea comes from the sky”, this time the sarcasm should be “no reading, no writing, no books, no pencils, no attendance and no nothing, and the idea does not come at all”.

If you come out early, most of those whom you will see waiting for vehicles to schools are the students of private schools. The public schools’ students are probably sleeping by then. While if you come out late, you see thousands of students coming out from every nook and cranny of the state. Some trek to their schools after nine o’clock; only God knows when they would reach. While some others wait on the pavements, waiting for vehicles to take them to their schools.

However, another school of thought maintains that the problem is from the teachers. I witness this; the teachers don’t enter their classes regularly or teach properly. Some of them don’t even have lesson plans. Worse still, many don’t know what they are doing. They are where they are, only to get a livelihood. They get their daily bread at the detriment and destruction of society.

The third hypothesis says that the examiners, most especially from the leading examination bodies, don’t have an iota of the fear of Allah in the execution of their duties. The negative and shameful antecedents of these people are known even by those ordinary lazy students. This is evident in the way exams are marked and scored. There are many instances where brilliant students failed not because of their inability to answer the questions correctly but due to the
the reckless, selfish and destructive manner in which an examiner arbitrarily awards marks.

Can you imagine! A student who never sits for an examination but miraculously pass the paper? Don’t you have an instance of this magical episode? Ask the students; they know and have clear examples better. This practically shows that some examiners are killers! They subdue and reduce the power of this beautiful career into ashes. Unfortunately, this is also a reality!

The fourth and the last school of thought argues that the government and the parents are blameworthy. Things are falling apart in the educational sector and the government more or less, folds its arms and watch education decaying and dying. The government doesn’t do enough to curtail the mess if it even does anything at all. The government is the chief inspector general of education. It must work hard. It must pass information to the principals of these schools that the appropriate and accepted time for the commencement of school activities is 8 o’clock, for example. And the principal must unfailingly be in his office an hour before so that he can supervise the coming of the remaining teachers, who must be there 30 minutes earlier. Students must be in their classes 15 minutes before the time. By so doing, educational activities must start on time.

The parents, especially those who resort to public schools, don’t care at all. They don’t visit the schools to see and know the situation on the ground. They don’t help in any form and manner to better education for their children. Some parents don’t know anything about the scholarship of their wards. Given this carefree attitude, they directly cripple the system.

The problems with WAEC and NECO are very apparent. The rotten eggs among them kill our system, and nobody bothers to punish the culprits. In return, most of them are paid for killing the system as there is no check and balance. We must commend some, especially looking at how they coordinate their activities in writing and producing standard exam question papers. However, there is a bias in the assessment and grading.

I blame the government for all this! Government, as I said earlier, is the inspector general of education. It issues orders and penalizes the defaulters. If late coming is the order of the day, why does the government allow it to continue? Why was our past better than our present? Why things deteriorate this way? Can’t we have a change of scene!

Government should issue orders to the principals about the working hours of the schools, the starting time and the closing period. The medium of instruction has to be correctly defined. All teachers should know this and abide by it. Qualified teachers deserve adequately support. The government should organize a special monitoring committee that will make sure all the rules and regulations are properly and strictly followed, obeyed, and respected. The sooner we realize that our education is in trouble, the better for us; we should start looking for direct remedies to the nagging and harassing ailment.