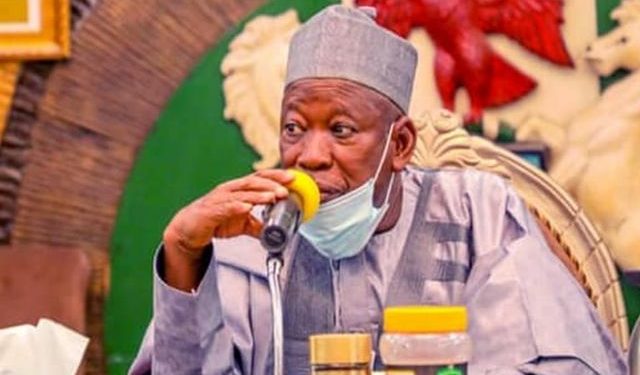 Amidst Sallah (Eid-el-Fitr) celebration, when people jubilate the end of Ramadan in new clothes and different sorts of delicious dishes, civil servants in Kano have seen their 4th day of a new month without salaries, the development they said has thrown them and their families into dilemma.

Reacting with dismay, the workers said the government has failed to keep to its promise of paying the salaries on the 25th of every month.

The Daily Reality learnt that some workers had to hide because they could not make any provision to welcome and host their friends and relatives as usual.

The workers who bitterly complained about the government’s carelessness towards their wellbeing said they remained indoors on the Sallah days because they were economically depressed.

Eid-el-Fitr is the period when the Muslim faithful happily celebrate the end of Ramadan. The days are usually welcomed with beautifully sewed clothes, different sorts of delicious foods, and meats of all kinds provided they are Islamically lawful, and relatives from all walks will call on their family and friends to celebrate the day.

Salary delay leaves a big hole in our minds

He added, “I can not do what I used to do on Sallah days. I couldn’t afford to buy a single chicken for my family. We did not cook anything nor did we have any new clothes to wear.”I used to sit with friends after Eid to exchange greetings and share pleasantries. But this time around, as I was depressed, I remained indoors until 4 pm when I came out to pray,” he added.

Another source, Ibrahim Shu’aibu, decried the experience as horrendous as they largely depend on their monthly income for a living.

Shu’aibu said, “The experience is horrendous. The effect is deep. It has affected almost all aspects of our lives as civil servants. More than half of the civil servants rely on salaries to cater for themselves, their families as well as some members of their relatives.”

In the same vein, this incident has deeply affected many businesses in many states in this country, Kano in particular.”

Personally speaking, this Eid-el-Fitr has passed like an ordinary day. I had to hide because I didn’t make any provision to welcome and host my friends and relatives as usual,” he stated.

Also, another source who pleaded for anonymity confided in our reporter that this Sallah is one of the worse situations he ever found himself in. He said, “We didn’t cook anything for this Sallah because I was broke. And I couldn’t afford to buy Sallah attire for my small kids. Here we are living like baggers.”

The worst part of it is that the government keep mute about the issue. I think the government should have addressed us. But sadly enough, what we only hear or see from the government officials is their beautifully snapped pictures at Umara.”

Another worker, Sulaiman Abdullahi, not his real name, said they found it difficult to handle the situation as they mostly live from paycheck to paycheck.

He said, “that’s why most of the workers are indebted beyond settlement. As we receive our salaries, we go ahead to pay the debt. I know you can imagine how hard we civil servants live our lives.”

Kano economy in a chain – Economist

An economist teaching in one of the Kano institutions lamented that the state economy is in a chain, leaving a lot many sectors affected. The economist said the delay in this month’s salary has affected many businesses, leading to the stop in the facilitation of goods and services in the state.

He further stated that “generally, the state economy is the dependent economy. It is dependent because it depends on workers’ salaries. When workers get paid at the end of every month, they will take their income into circulation by purchasing goods and services.

“At the end of this month, workers have not been paid. The facilitation of goods and services from various markets in the state will stop.

“The welfare of workers and their families will be affected. The state economic facilitation and activities are also stopped. And in long run, it will give a gap in which businesses will be dropped. And if it dropped it will create losses,” he said.

In line with balancing this report, our reporter contacted the Kano State Chief Press Secretary, Malam Abba Anwar, to know the cause of the delay in this month’s salary payment. However, all attempts were proved abortive despite huge complaints by the workers about the government’s silence on the issue.