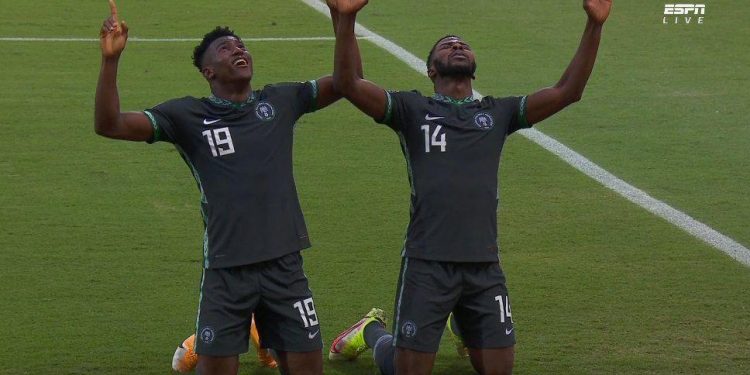 Compared to its more illustrious continental equivalents, the African Cup of Nations (AFCON) receives far little media fanfare. With its scheduling in the winter when European football is well underway, the AFCON has been a pain in the ass for many a European club. And the actions on the pitch so far have elicited little excitement among watching fans. Goals have been at a premium, with just nine goals scored in the opening eight games in the tournament, making it a ratio of just over a goal a game.

The Super Eagles of Nigeria took on the Pharaohs of Egypt in a much-anticipated clash of African football titans. With Mohamed Salah at his mesmerizing best for his club, Liverpool and Nigeria having to play without two of its most in-form forwards, Victor Osimhen and Emmanuel Dennis, who are unavailable for various reasons, many pundits and bookmakers earmarked Egypt as the favourite. However, the Eagles didn’t read the script. As soon as the match kicked off, the Nigerians asserted themselves and dominated the early exchanges. However, they were made to wait until the 30th minute of the game before they got the deserved breakthrough.

Moses Simon, who was a menace for the Egyptian defence all first-half long, left the Egyptian full-back, Tawfik, for dead before putting in a teasing cross that Hegazy partly cleared. The ball fell nicely to Joe Aribo, who directed the ball to Kelechi Iheanacho, who fired an unstoppable missile into the Egyptian net to send thousand Nigerians who crossed the border to Garoua to watch the game into rapture. That was to prove the game’s only goal that turned into a topsy-turvy affair in the second half.

If the Super Eagles were great in the first half, they were effective in the second. The Pharaohs improved massively in the second half. However, the Nigerians fashioned many gilt-edged chances on the break. With a little more composure in front of the goal, the Super Eagles would have won by at least three clear goals. But, assisted by the evergreen Wilfred Ndidi and the silky Joe Aribo at the middle of the park, the Nigerian defence line comprised Ola Aina, Troos-Ekong, Kenneth Omeruo and Zaidu Sunusi successfully managed the unenviable task of keeping Mohamed Salah at bay.

Credit must go to the coach Agustin Eguavon who made his debut today. The Super Eagles had been a shamble for long stretches at the end of Gernot Rohr’s tenure. If this match is anything to go by, the future looks promising for the Super Eagles. Of course, as a traditional footballing powerhouse in the continent, Nigeria goes to any AFCON tournament as one of the favourites. However, it is still early days, and there are better teams in this tournament than the Pharaohs. So, I think Nigeria has an outside chance to go over the finish line.

On the racy Hausa film, ‘Makaranta’