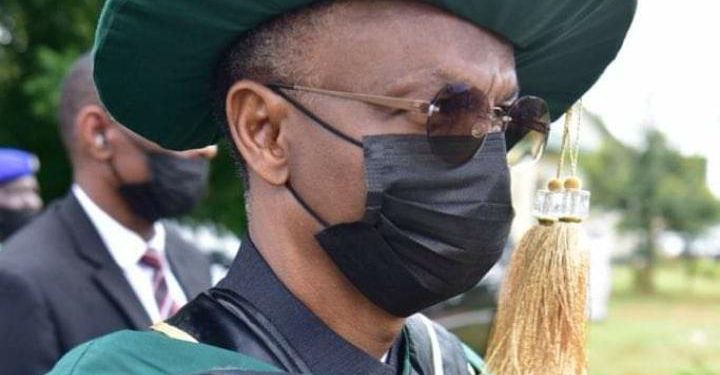 59
VIEWS
Share on FacebookShare on Twitter
By Sumayyah Auwal Ishaq
The Governor of Kaduna State, Mallam Nasiru El-Rufa’i, has approved the appointment of new governing councils for the Kaduna State University (KASU), Nuhu Bamalli Polytechnic, College of Education, Gidan Waya, College of Nursing and Midwifery, and a board for the Barau Dikko Teaching Hospital.
The Special Adviser to the Governor on Media and Communication, Muyiwa Adekeye, said on Tuesday in a statement that “Hussaini Adamu Dikko is appointed chairman of the Governing Council of KASU, with Ismail Sanusi Afieza representing the organized private sector, and Dr Tanimu Muazu Meyere, Habiba Sani and Charity Shekari.”
“Other members of the KASU Governing Council include the Vice-Chancellor, the Deputy Vice-Chancellor, Executive Secretary of the National Universities Commission, two representatives of the KASU Senate, one person appointed by the Congregation, one person appointed by Convocation, the Permanent Secretary of the Ministry of Health, the Permanent Secretary of the Ministry of Finance, and the Registrar as secretary of the Council” the statement added.
He further stated that “Dr. Ishaya Dare Akawu will chair the Governing Council of Nuhu Bamali Polytechnic, Professor Binta Abdulrahman was named the chairman of the council of the College of Education, Gidan Waya, and the council of the College of Nursing and Midwifery has Prof. Andrew Suku as chairman.”
You may recall that The Daily Reality had exclusively reported how the absence of Governing Council in KASU was creating ripples in the selection of the new Vice Chancellor for the university. However, the latest development is believed to ease the tension at the university.
Tags: Governor Nasiru El-RufaiKaduna StateKASUNuhu Bamali Polytechnic

The fallen heroes of Adamawa: Tributes to Prof. Gidado Tahir

Three killed, one injured in fresh violence in Zangon Kataf