Why are graduates unemployed?

by Admin
in Education
2 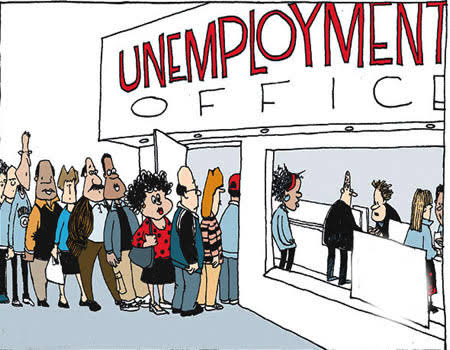 287
VIEWS
Share on FacebookShare on Twitter
By Uzair Adam Imam
Every year Nigerian institutions produce thousands of graduates who come out to compete for the few available job opportunities in the country.
There is no doubt that Nigeria labour market has continued to see a steep increase in unemployment.
Professionals have argued that there is a need for urgent action to save the country from an impending danger posed by the exponential increase in unemployment.
According to the National Bureau of Statistics (NBS), the unemployment rate increased to 33.30 per cent in the fourth quarter of 2020 from 27.10 per cent in the second quarter of 2020.
Today, Nigeria battles a high rate of crimes: insurgency in the Northeast, banditry in the North West, and IPOB attacks in the Southeast, aside from the cybercrime, which is inviting to the youths.
These security threats are believed to have been caused by some circumstances, especially unemployment.
The root cause
A lecturer at the Department of Business Administration and Entrepreneurship, Bayero University, Kano, Dr Mu’az Hassan Mu’az, attempted to trace the root cause of unemployment among graduates in the country.
He said that the issue of unemployment would persist if graduates continue to look up to the government for jobs.
He added that graduates need to be self-employed to eradicate poverty and unemployment in the society.
However, according to him, one major factor contributing to the rising unemployment in society among graduates is wishful thinking of great life after graduation.
He said most students do not want to venture into small scale businesses as they think they would be employed in big offices when they graduate. This, he said, increases the number of unemployed youths in the country.
He stated, “If students will be innovative, the effect on the economy will be fruitful.
“Many will be self-employed, poverty will reduce, social vices will drop and above all, the government will generate revenue from these entrepreneurial ventures.
“Graduates will have to look inward, explore some of their capabilities so as to start something, no matter how small that could make them financially liquid.
“There are needs in the society that no one is offering to satisfy for a premium; try to do that, then one is in business.”
Unemployment breeds crimes
On his part, Malam Hassan Sule Adamu, an entrepreneurship lecturer with the Kano State Polytechnic, stated that unemployment might unfold to all sorts of crimes.
Muhd said, “It leads to societal ill-being, human trafficking, prostitution, insecurities like banditry, armed robbery, burglary, social and political crises, and any other crime.”
Students air their grievances
Several students expressed their grievances over the lingering issue of unemployment.
They urged the government to come to their aid by creating more jobs opportunities.
A university graduate, who preferred not to be named, said that he bagged his Bachelor’s degree eight years ago from Bayero University.
He added, “Since then, I have been applying for different sorts of recruitment. But, up to now, I am not employed.
“But I thank God because I am running a small scale business from which I earn my living and even help my relatives.”
Bad governance complicates the situation
Another university graduate, Abdulmalik Ibrahim, said bad governance complicates the situation.
Abdulmalik added, “Bad governance, mainly corruption and inhumanity of political leaders, contribute to the present situation in Nigeria.
Suleiman Ishaq believed that the only way to arrest the situation was for the authorities concerned to create more business and job opportunities.
Tags: Bayero UniversityentrepreneurshipNigeriaUniversity Education

My journey from a poor to the best mathematics student

By Husseina Ojochenemi Abubakar “Collect the like terms” “Divide both sides by 2” Mathematics was my worst nightmare during my...

By Shehu Mubarak Sulaiman “I believe that the best learning process of any kind of craft is to look at...

Almajiri System: The way out of the Armageddon

By Lawi Auwal Yusuf I have been keenly following the recent raging altercation aroused by the hard-hitting comments of Nafisa...

Islam is a religion of knowledge; learn it

By Professor Abdussamad Umar Jibia Nigerian Muslims following discussions on the execution of a young woman by unknown youth in...

By Uzair Adam Imam The Academic Staff Union of Polytechnics (ASUP) will commence a two-week warning strike on Monday, May...

NLC should join ASUU to end the lingering strike

By Muhammad Mahmud I believe that Nigeria Labour Congress (NLC) should join the Academic Staff Union of Universities (ASUU) in...