The errors we call “skill” 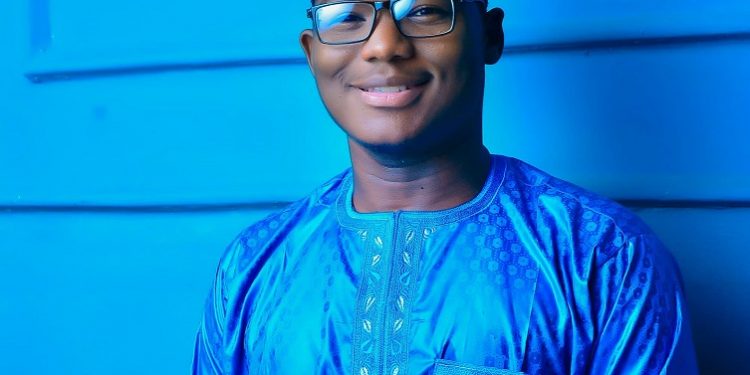 When the self-acclaimed experienced butcher of Malam Abubakar Imam’s famous tale, “Dan Hakin da ka Raina” in Magana Jari Ce, Anunu, aimed to manoeuvre the pagan who came to sell his bull, he thought he was outwitting a villager to his own gain. But when the pagan burst his bubble by returning the favour in the most brutal way possible, he realised karma had no menu.

However, beyond such simplistic arguments on karmic justice lies a cogent spill-over effect that people like Anunu, who are the very people in our contemporary societies and the ones this piece addresses, never care to understand. Superior logic has proved that from the time Anunu cheated the pagan, the probability of his coming back to the market narrows very small despite drawing the score. And from that day, he may never trust another trader in any market ever again. This means Anunu had ridden off a valuable trader for his cattle market. And equally important is the fact the more Anunus there are in the society, the more pagans who boycott markets and cultivate trust issues will exist. Unfortunately, the effect will be an interactional rigidity in which people lose confidence in one another, significantly hindering the flow of socioeconomic activities in any organised society. And that’s among the major threats we’re facing in our contemporary societies.

Recently I attended a training in which an expert was hired to teach a skill. At the first encounter, the primary concern of the host was that how trustworthy was the trainer. Because the last time they hosted a similar training, the trainer developed a method that would save high cost, to which they applauded, but to which they had also later come to cry. The man accumulated and embezzled what was saved at the very realisation of his ability to do so and disappeared. And when he was reached out for an explanation, he asked for the accounting evidence, which didn’t exist. So, he got away with it like Andy Dufresne did the prison warden in Shawshank Redemption.

The behaviour along such a pattern of thinking is bedevilling the core of our existence. The primary underlining concern is the rising population of people who grew up admiring, and therefore imitating the cunning in the accounting prowess of Mr Duffressne without realising the gravity of the factors that forced his hands into the action. And so they do it all the time, everywhere and in anything. Unprovoked and with an ignoble feeling of conquering expertise. From bankers who manoeuvre their books to launder money, real estate agents who double-sale plots of land, marketers who sell lower quality products, pharmacists who exploit monopoly of knowledge to overcharge patients, bricklayers and mechanics who drag small work into big, borrowers who run without repayment, hire-purchase and leasers who sabotage the asset intensionally, to even students who charge their parents higher school fees than the demands of the school authority.

More discouraging is the pace with which the behaviour is fastly growing and sadly veiled as a skill that shall be integrated into the conduct and norms of polite society. It’s devastating how an individual identified with an outstanding ability to plot an ignoble moral hazard can be in high demand. The intriguing dimension is that more people are becoming more interested in milking the last bit of everything they wish to exchange, regardless of the moral and legal rights to do so—courtesy of poverty of contentment, lack of good moral upbringing and basic fear of God.

The emerging bracket of youths is so obsessed with what Ibn Khaldoun called “an unnatural way of making a living”, possibly because the output of the natural ways are too slow and demanding of patience, hard work and endurance that they don’t have. And along with that rising collective behaviour, we’re being left at the mercy of a society in which nobody trusts anybody, largely because nobody is trustworthy. The negative aspect of which dilemma causes the death of confidence between individuals and organisations that riddles the conduct of every socio-economic endeavour. Consequently, it often perpetuates the groundwork of the crises that are assassinating the prospects of our major micro industries.

The mass media is jam-packed with reports of crime and unemployment. This has a strong correlation with how the youths demand wealth to come quickly. Therefore, they get methodically radicalised. Likewise, how the middle-aged are giving up hope, thus, resenting moral hazard. Or how the capital owners fear the behavioural infidelity, therefore, save their cash, and, finally, how the three components suffocate the economy and culminate into such an unfavourable avenue of investment. Many are retreating into the fear of market individuals like Anunu and organisational drivers like Andy Dufresne, even though the people may constitute the larger aspect that considers the same action, which rounds up the gravity of our comedy of errors.

The best way to reverse the situation is to reflect and reconsider. It’s beyond certain that if individuals do not understand the advanced consequences of their actions, mediocre moves and poorly-conceived individual actions will keep being mistaken for skills. And when they’re considered skills, they’re being rewarded. At the same time, the effect of reward is encouraging further action of similar magnitude. So indeed, the best solution is mitigating our individual actions. Only that way, we can have a stable ecosystem and social platforms that’ll enable prosperity.

MA Iliasu writes from Kano. And can be reached through his email: muhada102@gmail.com.