Tokyo 2020 Olympics: the challenges and the way forward for Nigeria 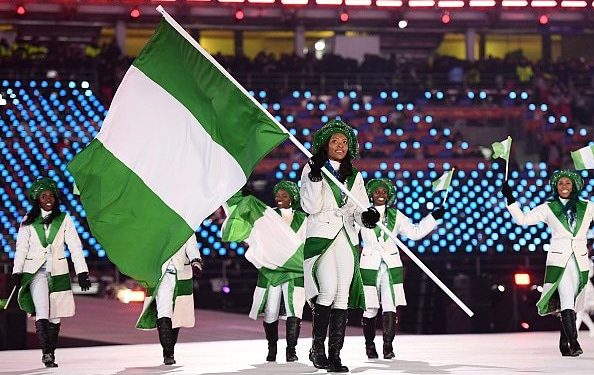 Every four years, the whole world assemble in the biggest celebration of sports in the World, the Olympics. Right from the strenuous preparations, several months of intense training, which number up to 47 months and some weeks for a legion of athletes. The Olympics offer pure, undiluted enchantment that has the entire world spellbound. Nothing eclipses it in terms of an array of amusements at display that thrills the spectators.

This is just the minor aspect of it. It has far-reaching essence for all the nations that participate in it. It is not only the festival of sporting excellence at the highest level but also it brings much more to the table: pride that comes with winning the bragging rights, the ecstasy of athletes succeeding, and the joyous moments which leads to the pure jubilant mood in any nation that gets to reach the podium.

It appears no nation goes to the Olympics to make up numbers. So it seems in principle, but in reality, the reverse is the case. Any country that flunks inadequately preparing for the most significant sporting events has sufficiently orchestrated to fail deliberately. There aren’t two ways about it.

Nigeria, my beloved country, has been going to the Olympics for years. However, with all due respect to the athletes, we have yet to attain our potentials. We ought to have done much better as a nation endowed with seas of talents in every hamlet. With this established, I will dwell on our recent Olympics performance where we finished as 74th on the medals table with a solitary silver and a single bronze. That is two medals for a country of over two hundred million citizens that sent 55 athletes where ten were expelled even before it commenced. It is woeful, abysmal, and beyond the pale. Nigeria deserves much better.

Some may make excuses for Nigeria’s dismal performance because of our vast population, while some may use that as the reason we have done better. But here are some facts for us to use and judge fairly. First, Nigeria’s name is missing on the gold medals table because we didn’t win gold, which is understandable. But on the entire medals table, I have seen some making excuses because of our vast population or otherwise for winning or not winning medals: we did even worse on the per capita table of medals won in the 2020 Tokyo Olympics.

San Marino, a country with a tiny population of 33,931 citizens, is far less than my local government of Gassol. In short, roughly the population size of my Ward, Wuro Jam: average a medal per 11,310 of her citizens because of the three trophies won. Bermuda, a British overseas territory is second with one medal won. This means a medal for every 63,918 of her population. It must be noted Bermuda isn’t even an independent nation, though it has its Olympics delegation. With a population barely the size of my local government, Grenada won a single medal in the Summer Olympics: 393,244 on average, a medal per 196,622 of her citizens. With 20 medals and a population of 4,82 233, New Zealand averages a medal per 241,111 of her citizens. This completes the top 5.

However you look at it, Nigeria ought to have done better and must do better. There is no room for excuses. We must decisively work towards a greater future for our dear country. To argue otherwise would be suicidal or rather a fatal blow to the aspirations of an ebullient, cerebral, and talented nation that should be aiming for the pinnacle half of the overall table. Once we are successful in doing that: Nigeria’s claim of being the giant of Africa will be valid, especially in sports.

Talking about the giant of Africa, I believe it isn’t in sports. But if you have a good look at the medals table, most of the most prominent economists and most developed nations are at the upper part of the table. So it is saddening to see the ‘Giants of Africa’ languishing far behind in the world and not among the top 5 in Africa. Kenya had one of her worst performances in recent years for even the best in Africa, with ten medals won in the just-concluded Olympics.

Hence, we can’t use them as a model of success. Indeed, it is not enough to be the best in Africa or 19th in the world if your performance is nothing to write home about. I followed Facebook posts where many Kenyans bitterly complained about their nation’s dire performance despite being the best in Africa. Yet, I felt that it is how an ambitious and visionary country should behave. Not the revelling of mediocrity for political sake or any other reason.

Do not get me wrong. I don’t mean our athletes shouldn’t be rewarded. On the contrary, all our Olympians should be rightfully taken care of. For donning our national jerseys and deriving joy in representing our country: they deserve some accolades. But that should not deter us from being accountable for our nation’s performance. It is the right thing to do for any country that craves excellence has to do the proper thing. You don’t become the best by wishful thinking. Concrete efforts have to match with ambitions for us to reach our targets effectively.

From now on, Nigeria needs to plan to succeed deliberately. The fire brigade approach in Nigeria’s preparations for the Olympics must be discarded immediately. It has not yielded any positive results. It will never do. Nigeria’s desire to perform well at the Olympics should go with meticulous plans on the ground.

We must commence from the basis. Nigeria’s policy of education has to create room for sports right from Primary school. Physical and Health Education must not only be on paper. Today, it exists in most schools, even in urban areas on the paper. There is no corresponding example in reality. If we cannot get it right here, there is little chance of getting it right at bigger stages. The government at all levels must provide ample funds for the execution of a lot of projects.

Once this is done, the next thing is to provide funds for building sports complexes, stadia, or any sports grounds based on our sporting priorities which must be rooted in sporting preeminence. Then, with that completed, we should hire coaches, or rather trainers. And be sure there are sufficiently catered for, given all the assistance for advanced training in tackling the tough and highest level of sports: all these must be adequately funded for effective execution of these plans.

Funds are scarce these days, with the Covid-19 pandemic, terrorism, kidnapping, inter-tribal crisis, dwindling oil revenue, and other factors in Nigeria. This shouldn’t be the reason not to seek ways to sponsor such a laudable plan, though. We could do so by using all options, plans, or partnerships to get the desired result. All Nigerian sports enthusiasts, policymakers must make spirited efforts and corporations to deliver the intended result.

Alternatively, to save cost, we could use the existing sports infrastructure to conduct inter-house sports competitions, inter-local government sports contests, interstate sports competition, youth sporting events, National Sports festival and other sporting events that will produce promising athletes that will become great Olympians, who will, in the end, stand proudly on the podium, medals strapped on their neck, the green, white green flag flying high on the sky. The bottom line is that government must encourage more participation in sports in a conducive atmosphere. All these are doable, with a state-backed programme to salvage our dear country and set her on course for its glorious days. She manifested potentials shown with the right policies, the political will to do it, and implementation achievable.

Abdulrazak Iliyasu Sansani writes from Turaki B, Jalingo, Taraba State. He can be contacted via abdulrazaksansani93@gmail.com.

Tribute to stammerers in academia

OBASANJO: Nigeria should have state police