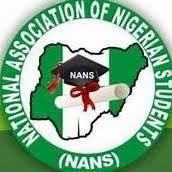 The President of the National Association of Nigerian Students (NANS), Asefon Sunday Dayo, says the association will block all airport roads in the country, as a result of the government’s inability to end the lingering ASUU strike.

Asefon made this known in a press release on Facebook on Monday, May 9, 2022.

This is coming after the Academic Staff Union of Universities (ASUU ) extended their ongoing strike to 12 weeks. ASUU has been on strike since February and cited negligence on the part of the government as the reason for the extension of the strike.

According to the NANS President, the extension of the strike is a total declaration of war by the Federal Government against the university students in Nigeria.

“Having exhausted all windows of constructive engagement with the government, I, on behalf of the national leadership of NANS, therefore, declare National Action from tomorrow 10th.

The National Actions is tagged “Operation Test Run”. Operation Test Run shall be held in all the 36 states of the Federation. Federal Roads across the 36 States shall be occupied for a minimum of 3hrs. The Operation shall be a precursor to a total shutdown that will be decided during our Senate meeting/pre-convention on Saturday 14th May 2022. Our decision from the pre-convention shall be binding. The action shall be total as the extension of the ASUU strike is a direct declaration of war by the Federal Government against university students in Nigeria.” He wrote.

He added that the association will subsequently block airport roads across the country and disrupt party primaries amongst other things.

“Our proposal to our congress on the 14th shall be total blockage of the airport roads across the country and total disruption of political party primaries, blockage of the national assembly until they are committed to passing legislation banning public office holders from sending their children to university [sic] abroad.” He stated.