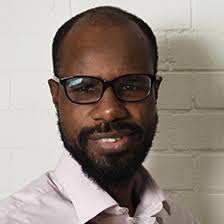 This came as ASUU extended its ongoing strike by three months due to the government’s poor handling of the issue. Also, Bukarti’s remarks surprised some as he had been publicly criticising ASUU on its resolve to strike.

ASUU President, Prof. Emmanuel Osodeke, had announced Sunday at the end of the Union’s National Executive Committee (NEC) meeting, which was held in Abuja, that the strike had been extended by three months.

Bukarti, known for his stern opposition against frequent strikes by ASUU, said that Nigeria has failed to mitigate the menacing issue of strike by ASUU because it does not affect them (the elite) or their beloved children.

The Daily Reality reported that ASUU suspended its nine-month-long strike in 2020 after reaching an agreement with the Federal Government. Still, a year after, the government is yet to fulfil its promises to the union.

The ASUU strike has been described as one of the most lingering issues paralysing Nigerian universities, leading to the delay in students’ graduation, deterioration of the educational system and promulgation of serious social vices across the country.

Not only that, many people argue that the strike has destroyed the future of many promising youths, including both university students and their lecturers.

Dattijo: The embodiment of youthful competence

Russia’s invasion: Ukraine is not the target

Why campus journalism is a necessity