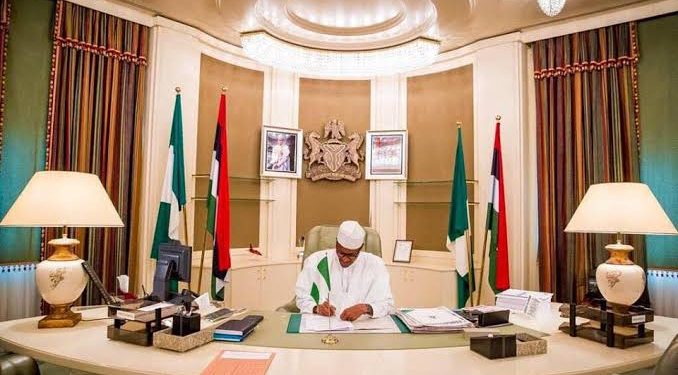 The Nigerian presidency has been criticised for failing to immediately offer its condolences to the families of the travellers from Sokoto State who were burnt to ashes by terrorists.

Reports have indicated that the bandits set a vehicle conveying no fewer than 42 passengers ablaze in Sokoto, northwestern part of the country.

What kept the presidency mute after the merciless killing surprised many people, who criticised the government for showing indifference to such a horrible incident.

The Daily Reality learnt that the merciless killing took place on Monday around 09:00 in the morning but was reported Tuesday due to some technical issues.

The security threat of this sort is one of the lingering issues that rock the northern region of the country and succeeded in turning it into a killing field. Scores of people are killed every day, and nothing tangible is seen from the people of authority.

An eyewitness confirmed the incident, saying: “The car which was transiting passengers from Sabon Birni was set ablaze at Gida Village, a few kilometres away.”

According to our source: “I was called when the incident was happening. My uncle, his wives and their four children were some of those that have been killed in the bus.”

Before the presidency mourned, the residents of Sokoto State have been voicing their complaints bitterly, saying that why should the president keep mute on such a brutal massacre of innocent travellers? According to them, this is a national tragedy that deserves national mourning.

Mu’azu Malami lamented that: “It is unfortunate and heartbreaking to have read what had happened to our brothers on Monday. This has indicated that there is a need for the government to do more to ensure the safety of its citizens. And I don’t buy the idea of banning vigilante groups in the state,” he added.

Before the presidency released its condolence statement, he lamented that: “Up to now, there has been no official condolence from the government.”

Chairman Arewa Media Forum, Comrade Abubakar Dahiru, in an interview with our reporter, lamented that: “Neither did the government mourn anyone nor did it take any action.

“In addition to that, the government has even banned the vigilante group in the state despite their tremendous contribution,” he added.

Abubakar Mande said that: “The incident is very sad, and the lives of people are no longer taken as important. As we are mourning this loss, another bad one will occur again. It goes on again and again as it is becoming normal.

“But the silence of the government not to comment about the issue comes to us with great shock,” Mande added.

Also, many social media users from Northern Nigerian aired their grievances over the delay by the presidential media team to offer their condolences, which they did 48 hours after the incident.

Sokoto massacre: A good time to pounce on the “bandits”

Towards fighting drug and substance abuse