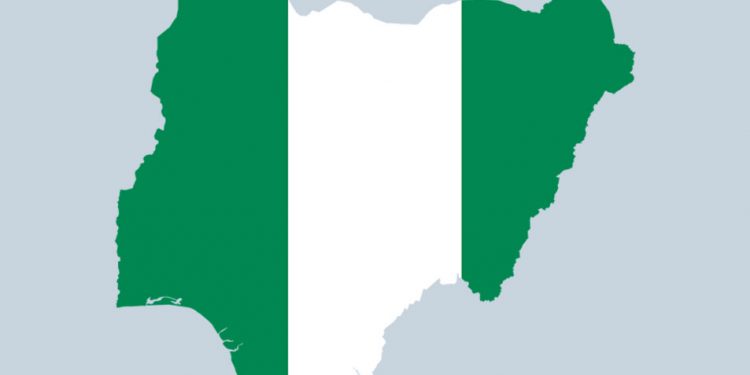 Leaders are preoccupied with self-centred political hustles, party meetings, extravagant banquets and flying their private or chartered jets over the country attending various lavish occasions. On the contrary, Nigerians turned wistful and sad about the terrible fate of the country and the gloomy future. As they get more concerned, their hope becomes less.

The country is endowed with efficacious potentials for its development to become a global power. It has a strategic location, sizable landmass, enormous young population, highly educated elites and abundant natural resources. In addition, favourable climate, fertile farmlands, and the shores that give it access to the Atlantic Ocean in the South are all added advantages.

In the last sixty-one years, Nigeria has reaped hundreds of billions of petrodollars in total revenues as one of the major producers and exporters of oil to the global market. It is the 12th largest producer of oil in the global ranking, 8th largest exporter and the 10th largest proven reserves. According to the Department of Petroleum Resources, it has about 159 oil fields and 1481 wells in production.

Apart from petroleum resources, Nigeria has multiple precious mineral resources in massive deposits. Moreover, cocoa is the largest foreign exchange earner to Nigeria besides oil and rubber, the second largest.

Similarly, as the most populous state in Africa and the 7th in the world with over 211 million people, Nigeria is a vast market. Its mixed economy is the largest on the continent. It is the 27th largest economy in the world by nominal GDP as of 2021 estimate. By GDP per capita, it is the 137th in the global ranking and the 25th largest by PPP.

However, these unique and extraordinary endowments are rare for a country to possess. These are the best opportunities and possibilities for its advancement. Unfortunately, poor leadership, endemic corruption and mismanagement have been the greatest obstacles in realising the potential. These precious endowments were not genuinely and diligently used. Hence, it has not made appreciable progress in those years. Had they been utilised at the best and maximum capacity, the sky would have been the limit.

More than 40% of Nigerians are living below the poverty benchmark in May 2020 estimates. They are destitute and cannot afford the three daily meals. Today, pervasive poverty depicts the lives of most Nigerians. The life expectancy is as low as 54.7 years on average. Infant mortality reached 74.2 deaths per 1,000 live births in 2019, and maternal mortality was 814 per 100,000 live births in 2015.

Moreover, the stagnant economy, inflation and the perpetual falling value of the naira have aggravated the plight of the masses, making life worse, more challenging and more miserable for ordinary Nigerians. There has been a swift rise in the cost of living and a concurrent decline in the living standard. Therefore, poverty, inequality, mass idleness, underemployment and wretchedness are at the highest pinnacle. This made Nigeria always emerge winner of the global rankings of the poorest nations.

It is appalling that the masses are becoming poorer while the nobles are getting more affluent. There has been a persistent widening inequality between the rich and the poor. Transparency International ranked Nigeria 136th out of 182 in the 2014 Corruption Perceptions Index. It was estimated that more than $400 billion were embezzled by corrupt leaders from independence to 1999. Nonetheless, President Muhammadu Buhari in 2015 said that corrupt officials had squandered more than $150 billion in the last decade. As a result, the country is synonymous with corruption. And the most astonishing is that it is among the wealthiest countries and also the poorest simultaneously. This is because the state wealth is enjoyed only by the aristocrats while the commoners are destitute.

Rule by theft known as ‘kleptocracy’ has deteriorated into kleptomania. They are strongly obsessed with stealing to the level that they don’t even have a material need for it. It degenerated into highly competitive accumulation syndrome. The monies that are ideal for the development of Nigeria are stashed at its detriment in Western countries and therefore become beneficial to their contented economies.

On the other hand, in the early 1960s, Nigeria was self-sufficient in food. But after the Civil War in 1970, the government failed to reinvigorate agriculture, resulting in failure to meet the acute population growth. It had to depend primarily on importation to fill up the supply gap. Sadly, in the 21st-century world, farmers are still tilling the ground with simple implements like hoes and cutlasses to feed a population of over 200 million. As of 2010, almost 30% of Nigerians are employed in agriculture and still have not met up the national demand.

The leaders had failed to provide the basic necessities of life to the citizens. As a result, after more than six decades of self-governance, there is no stable electricity supply, safe drinking water, standard healthcare, adequate and affordable food, qualitative education, social housing estates, infrastructures and social amenities. Nonetheless, the problems of the country in the1960s are yet to be resolved. Poverty, corruption, rule by theft, secessionism, tribal and religious antagonisms are lingering today. Regrettably, terrorism, kidnappings, cattle rustling, banditry and other current collective problems have deepened the crises.

Not being able to diversify the monocultural economy that largely depends on oil plays a significant role in the economy, accounting for 40% of GDP and 80% of the government earnings. Moreover, Nigeria does not adequately exploit the vast array of mineral resources in colossal deposits while the mining industry is still in its early stage of development. Moreover, other sectors of the economy that will help tremendously grow the economy and raise revenues are also underdeveloped. Contrarily, it has remained a perennial borrower of funds in the global capital market. Recently it emerged as the 5th most debt-ridden country in the world. The World Bank in August 2021 said that it had accumulated $11.7 billion in debt.

There has been deficient human development, especially the youths folk. In 2019, it ranked 161st in the world in the Human Development Index with a 0.539 score, which was very low. Millions of school-age children are out of school while some wander the streets freely with torn-out clothes and scavenging through rubbish looking for food. These miserable children are left on their own to live their entire unwholesome lives on the streets in search of a living. They have no qualifications or skills to make them employable in the labour market. Similarly, graduates searching for employment happened also to be idle many years after they had left school. Therefore, almost half of Nigerians are unemployed.

Furthermore, the emigration by professional Nigerian doctors to the diaspora known as the “brain drain” due to adverse working conditions in the country led to shortages of doctors in the healthcare system. It was estimated in 1995 that roughly 21,000 indigenous doctors were working in America alone, which was almost equal to those in the public health service then.

When you make a comparative analysis between Nigeria and its peers to assess its performance, you will realise that it had performed poorly. For example, look at the High Performing East Asian Economies (HPEAEs) that include Malaysia, Taiwan, Thailand, Singapore, Indonesia, South Korea and Japan. They are the fastest-growing economies in the world after the first world countries. Some had launched rockets into space. They manufacture aircraft, ships, automobiles, computers and smartphones while Nigeria still imports razor blades, pencils, toothpicks, including its most abundant petroleum products. Singapore and Japan developed from the less developed countries and joined the first world nations.

Look at other countries like UAE, India, Brazil and South Africa that recently established a consociational democracy in 1994. Nigeria played a significant role in fighting the apartheid regime and helped in establishing the multiracial democracy in the country. South Africa is now regarded as a highly developed state and has become a better haven for Nigerian youths who emigrated there in search of greener pasture.

Finally, Nigeria still has the chance to do better and start developing once more to realise its long-lost potential.

Lawi Auwal Yusuf wrote from Kano. He can be reached via laymaikanawa@gmail.com.

FG approves N30 billion for polytechnics and colleges of education

FG approves N30 billion for polytechnics and colleges of education

FG: Why bandits are not declared terrorists