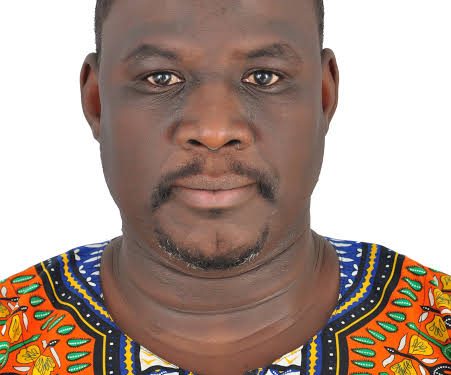 Farooq Kperogi is among the few Nigerians who elegantly sandwich scholarship, media and English language expertise. On the contrary, I am neither a language expert nor a political analyst. Here, I am just trying to figure out the naughtiness of Kperogi’s thinking machinery. How Kperogi thinks substantially determines his writings and opinions.

No doubt, Kperogi’s articles are a cynosure of the eyes of many Nigerians across political, cultural and social divides. Some of his Nigerian readers pluck his linguistically well-crafted and yet asymmetric views and dye them in the colours of their sentiments or ignorance. It is very normal to manipulate any text on this planet. Interestingly, it is not unusual for bohemians and intellectuals to dress and feast on controversies.

I see Kperogi as a sort of a roller coaster dripping joyful and sorrowful moments on public sentiments and obsessions. Indeed, considering Nigeria’s contested socio-political landscapes, Kperogi personifies Hankaka (a pied crow in Hausa) which they say, “whoever sees its black must see its white too.

I am indifferent to Kperogi’s criticisms of the powers that be. I don’t care about his tirades and vituperations directed at the political class who sold their moral rights at the markets of failures and misgovernance.

So, what’s my headache with Kperogi? Well, I am deeply touched by his overriding superficiality, unidirectional views, bigotry, extremism and spider mannerisms. To be fair to Kperogi, no elites in the social and political divides of this country are immune from his pen. Nevertheless, his seamless and borderless forays are in many instances unconscionable and peddling post-truth constructs. My labelling of Kperogi is based on my readings and analysis of his recent blog stuff:

As a transdisciplinary environmental researcher, I always prefer wider views, co-produced, and inclusive opinions. I am diametrically opposed to ‘single story’ constructions – as Chimamanda Ngozi Adichie would say. My reading of the above articles has convinced me of Kperogi’s single story-driven narrowed conclusions on crucial and critical national issues. Before I explain my points, I have tried further analysis of Kperogi’s knowledge production mannerisms to see how that fits my labelling. For instance, I conducted a rapid assessment of his authorship of academic works on leading research archives namely Researchgate and Google Scholar. Both repositories reveal in him a professor with a very limited network and co-authorship. By implication, any scholar with limited networking and co-authorship will have little room for alternative views, tolerance and thorough analysis. This evidence convinces me as to why he writes less holistically and cares less to get into deep layers of issues.

Kperogi is a good reflection of the proverbial Dubarudu – a character in one of the Hausa riddles. Dubarudu owns a mirror in a town where no one owns any. He alone uses it and no one can use it including his wife. Nigeria is a mirror that we need to share to see our faces and appreciate our different outlooks.

My reading of the three blog articles produced by Kperogi leads me to carry out further analysis of how this versatile writer thinks. Scholars make use of Low-Order Thinking Skills (LOTS) and Higher-Order Thinking Skills (HOTS) to determine the thinking capacity of scholars and students. I always assume that the Nobel Prize winners and other high ranking scholars utilise HOTS. Without prejudice, blog articles produced by Kperogi appear to belong to low-order thinking skills.

Then, how is he seen as a low thinker at least in the three articles under consideration? The answer is discernible to all his readers who care. He uses interrogatives such as ‘when’, ‘where’, ‘which’, ‘how many’ and ‘who’ in driving his opinions in the three articles. We could see mentions of places, names of persons, the number of persons, places, when and where in his labelling of religious bigotry by VP Osinbajo. Healthy and informed minds would care only about the HOTS interrogatives such as ‘why’, ‘how’; ‘what evidence is there?’, ‘cause and consequences’ etc. Unfortunately, less informed and sentimental Nigerian readers can easily be misled by the lots of LOTS he always amplifies.

At this point, I am bringing out my real problems with this language scholar. I really find it very nauseating and irritating when he declared in his blog, on March 28, 2022, that he would renounce his Nigeria citizenship if any of the four individuals he listed in an article would become Nigeria’s next president.

The four Nigerians he condemned were Osinbajo, Tinubu, Bello and Wike. How on earth! What depth of hatred is this? What if God has decided one of them to be? To me, this is exotic bigotry, branded intolerance and egregious extremism. Where is his knowledge of the language of contestations, resistance and resilience that characterize the works of Edward Said, Frantz Fanon, Michel Foucault, and Karl Marx? Maybe, I should remind him of the struggles of the Irish activists captured in Feargal Mac Ionnrachtaigh’s Language, Resistance and Revival. Such a Kperogian declaration amounts to cowardice, hopelessness and disillusion. How can I give up my citizenship on account of a tenured president that could be at the mercy of the judiciary, parliament, media and civil society? I never expected him to easily forget how spirited men and women stood against the caudillos (strongmen of Latin America) seen in Pinochet of Chile, Stroessner of Paraguay, Somoza in Nicaragua, and Trujillo in the Dominican Republic. I wish good luck to the listed four and to Kperogi, especially when one forsakes Nigeria for America where black lives matter. The people brutalized by the Nigerian junta yesterday are princes of the Aso Rock Villa of today. That is how time works.

No little thanks to Farooq for giving us a neologism -RCCGification through his April 14th 2022 blog opinion. I was distraught reading that as I saw in it that article tight shortness of sight and breath considering it is coming from a scholar. Saying that one church denomination will overrun Nigeria is a devilish statement. Even Satan might call that the last post-truth reality. Nevertheless, I find solace in Mehdi Hassan’s response to Anne-Marie Waters during Oxford Union Debate On Islam held at the Oxford University in the UK sometime in 2015.  Putting your article in the context of that debate and Mehdi’s response means Kperogi is a big fanatic and bigot. Why? Because RCCGification is the same thing as Islamisation.

Every time a Muslim rules Nigeria some Christian bigots use the thread of Islamisation to weave clothes of suspicion and division. So what’s the difference between the advocates of Islamisation and RCCGification? Is it not flipping sides of the same coin? I would be happier to have as a leader, a just Christian than an unjust Muslim. RCCGification of Islam, Catholicism, Protestants, and traditional religions are all mirages. RCCGification of Nigeria is a charade since this church has not even seen the intergenerational transition of itself let alone overrun others.

Let us be frank with ourselves, it has been a standing tradition of Nigerian political, religious and business leaders to bring close to them the people that they know. Hence, I am unruffled by any list of political appointees associated with the RCCGification agenda. I am always amused by fears of Islamisation and I always see weak and ignorant Christians as its drivers and authors.

When you insist on going on pilgrimage to Jerusalem as Muslims do in Mecca, you are just Islamising Nigerian Christianity. When you say let us block the Muslims or deny them their rights what is your name? Islamaphobe, unjust, conspirator or still a Christian? What I like most about religion is the sweet taste of spirituality. Those forwarding the RCCGification agenda are either mischief makers or ignorant of Nigeria’s social, historical and political institutions.

When I saw the casket of Chief Odumegwu Ojukwu draped in Nigeria’s flag and carried by the Nigerian military officers, that is the day I realised that Nigeria is bigger than all its citizens. Nigeria overwhelms anybody with any hidden agenda. A critic must learn how not to be like a spider. Its knowledge of design is superb and its nest is outstandingly beautiful. However, the skinny guy builds its nest on the common pathways not minding trapping everybody.

Aliyu Barau, PhD, is an Associate Professor from the Department of Urban and Regional Planning, Bayero University, Kano, Nigeria. He can be reached on Twitter via @aliyubarau.

Poetic Wednesdays: Putting us on the right side of history

Poetic Wednesdays: Putting us on the right side of history

How man ‘kidnapped, murdered’ his neighbour’s daughter after collecting ransom in Bauchi