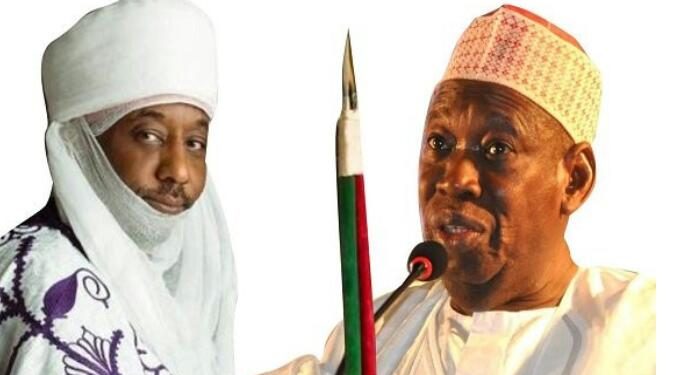 The court judgement was delivered by Justice Anwuli Chikere, and had described Sanusi’s forceful banishment from the state after his dethronement as illegal, unconstitutional and in gross violation of his fundamental human rights.

However, it was gathered that the court has awarded damages against Kano state, in favour of the deposed Emir, to the tune of N10million.

Recall that Sususi was accused of disloyalty and insubordination by the Kano State Government which led to his dethronement on March 9, 2020.

Speaking before the court, Sunusi’s Lawyer, Abubakar Mahmoud, SAN, stated that: “My lord, this is not a chieftaincy matter.

“The Applicant is not before this court to challenge the Respondents’ actions with regards to his removal as Emir of Kano, but the way he was bundled to Abuja and banished to a remote location.”

The Attorney General of Kano State, represented by Musa Mohammed, also challenged the jurisdiction of the court in Abuja to entertain the case.

However, he urged the court to dismiss the suit in its entirety for want of jurisdiction and competence.

The Kano State AG, through the lawyer that represented him in court, Abdulsallam Salleh, said: “We will look at the judgement critically and consult with our client (Kano state government) on whether we will appeal against it on not.”