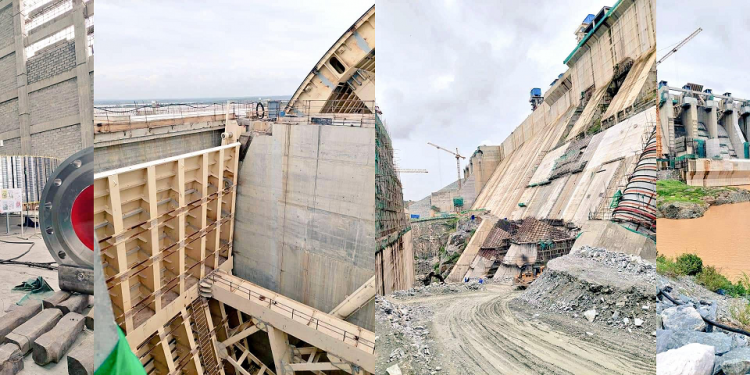 69
VIEWS
Share on FacebookShare on Twitter
By Muhammad Abdulrahman
President Muhammad Buhari’s media aide, Bashir Ahmad, shared photos from the Zungeru Hydroelectric Power Station on his Facebook page.
Ahmad added that “Zungeru Hydroelectric Power Station is a 700 megawatts (940,000 hp) hydroelectric power plant under construction. When completed, it will be the second-largest hydroelectric power station in the country, behind the 760 megawatts (1,020,000 hp) Kainji Hydroelectric Power Station.”
Several people, some of whom commented under the post, considered the gesture a mere “damage control”.
You may recall that a BBC Hausa report recently exposed that no work had been done at the site of a similar project at Mambila, Taraba State. This happened despite promises made by successive Nigerian governments in the last 40 years.
The Buhari-led government had especially made promises and talked much about the Mambila project. Bashir Ahmad, among other officials, shared similar pictures of the non-existent project.
However, in today’s post, Ahmad vowed to take people “to a virtual tour of the [Zungeru] project in the coming days”.
Tags: Bashir AhmadBBC HausaMambilaPresident Buhari

Governors’ forums do more harm than good in Nigeria

Osinbajo: The face of national unity