Be your neighbour’s keeper

by Admin
in Literature
22 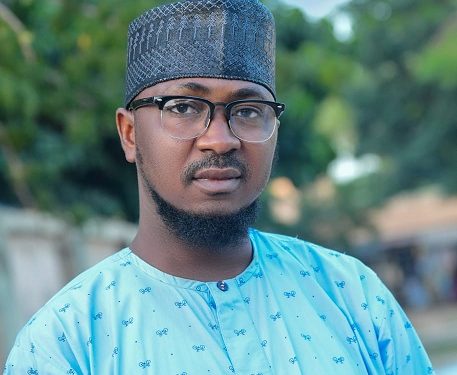 I don’t like this Baban “father of” appellation. Since the tradition demands that she, as my wife, should not call me “Muhammad”, which is my name, why not something like “Sweetheart”, “My Love” and so on that she used to give me before we were blessed with children? Khalifa is the nickname of our first child. He too has his real name hidden. I named him after my eldest brother, Abubakar. As another tradition requests, we should not call him by that name. It would look quite disrespectful.

“Yes,” I responded and looked at her with rapt attention. I knew she wanted something, a request or a favour, I guessed. I would grant her wish, regardless of the difficulty, I said to myself. The setting and timing could not be better.

It was on a peaceful Sunday morning. It had been raining since dawn. The rain began soon after we finished the early dawn prayer (Subh) at the mosque, which was behind our street. We barely reached home when it became so strong. Most likely, those faithful staying behind after the prayer for Zikr could not make it home without getting drenched. Or, they could extend their stay in the small, poorly ventilated mosque, especially as its single door and two tiny windows had to be closed to prevent the rain from coming in. Whatever it was, I was back at home. I slept until after 8:00 am when Hafsat woke me up for breakfast. As usual, she had already arranged everything and more, for she had put on one of her best clothes. There was scented air blowing beautifully from a lighted incense. Moreover, the electricity company had brought back power, which went off during the rain. It is their habit always to take it off whenever it rains. Almost everyone now expects power outage as soon as it starts raining. Quite unusual of my wife today, she insisted that we listen to my favourite music by Nura M. Inuwa. I agreed.

The children were still asleep. After all, nobody would wake them up this early for any reason on a Sunday morning. On the weekends, their Islamic school opens at 2:00 pm. For now, the house was ours, Hafsat and me. I was expecting her to ask for something pricey or a complex task, but she came up with a question I was not ready to answer. No, I could explain it there and then, but I did not want to revisit that unfortunate event that had shaped my life forever.

“I want to know you better,” she uttered with a serious yet smiling face. That was quite uncharacteristic of her. “Tell me, why are you so dovish?” she asked and then added that she had never seen a man like me who, as others, including my friends and hers, told her, acted like a spineless woman. We had never had a little argument since our marriage seven years ago.

Well, I did not know where to begin. Marcus Aurelius, a character in the famous Gladiator movie succinctly said, “Waste no more time arguing what a good man should be. Be one.” Quite early in my life, I started doing exactly that. Additionally, I expected others to do the same, not only for themselves but also for the sake of humanity. I envisioned a world where peace and understanding exist and reign in all quarters. You may call it El-Dorado on earth. I was well aware that some close friends jibe me on that, saying that this world could not be what I wanted and that I was simply an idealist. I never argued further, for I considered myself a pragmatist. Therefore, engaging them in a debate would be futile. None of us was willing to believe with the other, and that would contradict my principle.

People could be born like that, but I was not. I then narrated to Hafsat a life-shaping incident that happened during our childhood to a neighbour called Tijjani. It left an indelible mark on my personality. Since then, I agreed with the Hausa maxim that says “Mutum rahama ne”, meaning “a human being is a mercy”. Before the unfortunate incident, Tijjani never cared to talk to anyone in the community. The most shocking fact about his antisocial behaviour was his being poor. Often, it was the rich that looked down on the low-income individuals. That was not the case here. However, his wife was somehow unlike him as she used to visit one or two friends in the neighbourhood before he forbade her. In short, no one knew anything about him and his family.

On one fateful day, Tijjani, who lived in Hotoro, a suburb of Kano city in those days, took his wife to their house in the metropolis. That was their routine whenever he was travelling. However, quite unusual f their schedule that day, the wife returned to the home in the evening. With a phone in one hand, she picked up a piece of stone and knocked at their door repeatedly, loudly. As she later revealed, he didn’t answer or return her several calls since they parted in the morning. Therefore, she suspected that he might have abandoned the idea to travel and came back home. But, the house was still locked. She frantically called his phone number, again and again, no response. She gave up and went back home.

Days and almost a week passed, nobody heard of Tijjani. All efforts to trace his whereabouts proved in vain. His wife, whose name I cannot recall, could not ask anyone around, for she very well knew that her husband did not interact with anyone. She resorted to reporting the case to the police who later came and forcibly opened the house. To everyone’s sheer shock, they found an almost decomposed body of Tijjani inside their bedroom. No doubt, people in the neighbourhood had been complaining of a strange smell recently. He was gagged, both hands and legs bound with curtains, and his stomach ripped. The house was almost empty, and everything had been packed away. Upon investigation, people in the neighbourhood could only recall seeing some unknown individuals with a truck carting away property from the house. Nobody asked them why, how or anything whatsoever. The few eyewitnesses interviewed by the police thought that Tijjani was simply relocating to another area.

Hafsat’s eyes were already filled with tears. She gently argued that that was the highest form of I-don’t-care attitude on the neighbours’ part and prayed to Allah to rest Tijjani’s soul in peace, and for the punishment of his cruel murderers. Although I said “Amin,” I didn’t agree with her entirely. It takes two to tango. We should be our neighbours’ keepers. Both our religion and culture teach us to do that, for inevitably, we reap what we sow.

Adamu Babura is a lecturer at the Department of English and Literary Studies, Bayero University, Kano. He can be reached via adamubabura@gmail.com.

Why we must eradicate the menace of campus prostitution

By Salma Yakubu I sat on a bench under a neem tree behind the Faculty of Education lecture hall. I...

By Habeeb Abdullah Musa Kiru Tofa the last of the black-maned lions is no more!May you walk amongst the saints,As...

WHEN A RIVER DRIES UP (For Sheikh Dr. Ahmad Muhammad Ibrahim)

By Khalid Shafi’i “Officer, please accept this small change make we kuku japa for here. We dey in a hurry...

By Zee Aslam It was a fantastic autumn evening. October’s weather had sedated, but the wind was blowing intensively. Mrs...

By Khalid Shafi’i After our high school graduation, each day seemed to blur into the next. I had no structure...

Why we must eradicate the menace of campus prostitution